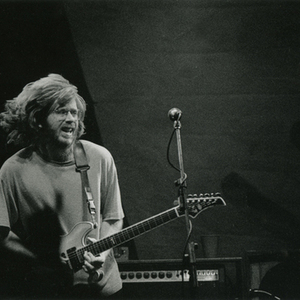 Trey Anastasio (born Ernest Joseph Anastasio III on September 30, 1964 in Fort Worth, Texas, United States) is an American guitarist, composer, and vocalist most noted for his work with the rock band Phish. He is credited by name as composer of 152 Phish originals, 140 of them as a solo credit, in addition to 41 credits attributed to the band in the generic. He was rated as number 73 on the rolling stone list of the 100 greatest guitarists of all time in 2003.

Throughout his career, Anastasio has participated in various projects outside of Phish, furthering his reputation as a multifaceted composer, instrumentalist, and vocalist. He continues to thrill fans with powerful live performances, and is by no means close to being finished.

Ghosts Of The Forest

Speak To Me (CDS)