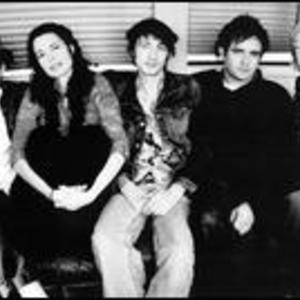 Donna the Buffalo is an American band from Trumansburg, New York, that formed in 1989. Their eclectic and often socially-conscious music has it's base in traditional mountain music and is infused with elements of Cajun/ zydeco, rock, folk, reggae, and country. The group's core are vocalists Tara Nevins, who plays fiddle, guitar, accordion, and scrubboard, and guitarist Jeb Puryear. Keyboardist Dave McCracken, bassist Jay Sanders, and drummer Vic Stafford complete the ensemble.

Past members have included keyboardists Joe Thrift, Richie Stearns and Kathy Ziegler, drummers Tom Gilbert, Shane Lamphier and Jimmy Triplett, as well as guitarist Jim Miller. Jeb's brother, Jordon Puryear, played bass for the group for a while, as did Jed Greenberg. As of July 5, 2007 Jay Sanders replaced Bill Reynolds on bass, followed in Jan 2010 by Kyle Spark.

Donna the Buffalo represents one of the most respected brands in the world of touring roots acts. For 21 years DTB has performed feel good, infectious music that often moves listeners physically and spiritually. In the words of a longtime fan, "Their songs are well known to contain lyrics offering poetry and sage commentary on the attractions and struggles with love and politics in this life. Their magnetic musical mix has often been described as dance music, and, for sure, there is everything from foot-tapping to get-up-and-feel-ecstatic moving in their sound; but there is also some deeply satisfying solace in what DTB has to say and how they say it. The dynamic songwriting tandem of Jeb Puryear and Tara Nevins have penned over 140 songs in their collaboration with DTB."

Their fervent fan base, self-named The Herd, follows the band with zeal and has created a unique and supportive community online and at DTB shows across the nation. As an extension of this community and the band's own dedication to live roots music, Donna started, and are still the driving force behind, the Finger Lakes Grass Roots Festival of Music and Dance in Trumansburg, NY. 2010 marks the festival's 20th year. Stemming from its success, a second Grass Roots Festival was started in Silk Hope, North Carolina in 2002: the now biannual Shakori Hills Grass Roots Festival.

Over the years, Donna the Buffalo has had the opportunity to collaborate and/or record with musicians such as Jim Lauderdale, Preston and Keith Frank, Bela Fleck, Mamadou Diabate, Claire Lynch, David Hidalgo, The Duhks and Amy Helm, just to name a few. This past year, Nevins also toured with former Grateful Dead drummer Bill Kreutzmann's band BK3.

The band's 2008 release Silverlined, on Sugar Hill Records, rose to #8 on the Americana Music Chart. With a twenty-one year tenure to celebrate, hundreds of gigs ahead of them, and an ever-evolving grassroots sound; it looks like Donna the Buffalo is riding a cloud that is truly Silverlined.

Dance In The Street

Live From The American Ballroom

Rockin' In The Weary Land

The Ones You Love

Dona The Buffalo (A.K.A. The Purple One)