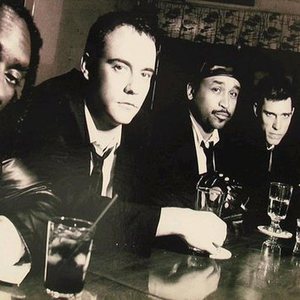 Dave Matthews Band was formed in Charlottesville, VA in 1991 by South African native singer and guitarist Dave Matthews, bassist Stefan Lessard, the late LeRoi Moore, who played a wide variety of instruments from the saxophone to the flute, violin player Boyd Tinsley, drummer Carter Beauford, and keyboardist Peter Griesar (who left the band in 1993), all of whom Dave met in Charlottesville. In 1998, the band played shows with keyboardist Butch Taylor, although he was not officially a member of the band.

Taylor played with the band for the stadium runs of the 1999 and 2000 summer tours. From May 18th, 2001 on, Taylor was a permanent fixture on stage, and in 2003 was no longer listed as "special guest". Even though he was never officially part of the lineup, the band recently announced that Butch was leaving the band via their website, and the 2008 summer tour had some of the first shows without Taylor in years. Rashawn Ross has performed at every normal show from 12.13.05 until the present, leading some to believe that he has joined the band, at least semi-permanently. It is also confirmed that Ross was in the studio with the band during the recent sessions. As of early 2009, Ross, long time collaborator Tim Reynolds, and new saxophonist Jeff Coffin are listed as "Touring Members".

In the early 1990s, the band established a cult following through relentless touring with weekly stops at Virginia clubs known as Trax and Floodzone, an active taping community, and an independent LP, Remember Two Things. (Keyboardist Griesar left the band in 1993, shortly before the release of "Remember Two Things".) After signing to RCA Records, Dave Matthews Band, under the direction of producer Steve Lillywhite, released Under The Table And Dreaming in 1994, a critical and popular smash that firmly established the band's style of pop-rock with improvisational leanings. Under the Table and Dreaming would be the first of three albums released under Lillywhite's direction. This was followed by Crash (1996). For most of America, Crash was the record that put the Dave Matthews Band on the map. Featuring the hit single "Crash Into Me", as well as fan-favorites such as "Two Step", "Tripping Billies", and the Grammy-winning "So Much To Say", Crash would go on to be the band's best selling album.
The Mercy Songfacts reports that Lillywhite lent his skills to their 2012 album Away From The World. Lillywhite hadn't worked with the band since a series of unreleased recordings in 2000, which led to the leaked Lillywhite Sessions.

David John Matthews was born in Johannesburg, South Africa in 1967. Two years later, his family moved to Westchester County, NY. His father was a physicist and worked for IBM at the time. He has two sisters (Anne and Jane) and a brother (Peter). After living in New York, his family moved to Cambridge, England in the early '70s. The family returned to New York where his father died in 1977. In 1980, the family moved to South Africa where the young Matthews went to several schools and "got more wise about the evils of government, there and in general." He first played at a club in Charlottesville (Miller's) where he worked as a bartender. He admitted to Playboy magazine that he was really never that good at bartending, but loved getting customers...well..."drunk as hell!" He was first discovered in a demo tape that he recorded with a couple of current band members. This all came about when he decided to put together a demo tape and decided that he needed some musical accompaniment; which ended up as the Dave Matthews Band. In 1994, his sister Anne died in a domestic tragedy at her home in South Africa. The Grammy nominated album "Under The Table and Dreaming" is dedicated to her.

Dave Matthews Band is highly involved in giving a helping hand. In 2003, the Band held a concert entitled, "The Central Park Concert" which was held in New York City's Central Park. The concert helped New York City Public Schools, the band is a big supporter of education.

The band also held a concert that helped victims of Katrina.

Sadly, Leroi Moore passed away in 2008. After being seriously injured in an ATV accident in Virginia, Moore succumbed to his injuries on August 19, 2008. He was replaced by Jeff Coffin, famous for his work with B?la Fleck and the Flecktones.
Excerpt taken from Wikipedia.org -- the rest of this article can be found at:
Wikipedia

Live At The Hollywood Bowl CD2

Live At The Hollywood Bowl CD1