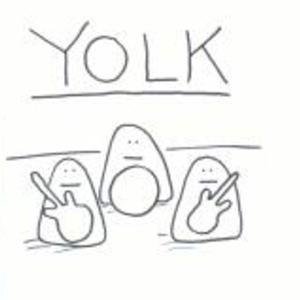 Yolk was founded in 2012. Nick (drums), Liam (vocals), and Sal (guitar) began jamming together and writing a few songs and then quickly contacted headbangin' guitarist (Jason) whom Liam had jammed with in the past. Jason collaborated with Yolk and was soon initiated into the band. The search for a bass player ended when Jason asked a buddy (Jack) to audition for Yolk. Jack filled the role as the bass player and Yolk's lineup became complete.

Yolk began playing shows in April 2012 with Glenbard North's Battle of the Bands. The band has since played at venues in the northwest suburbs including Pub Yahoo, Game Pazzo, Penny Road Pub, and Congress Theater. Yolk is currently living the rock star lifestyle by promoting themselves via word of mouth and internet, trying to gain as large a fan base as possible!

Caution - Social Prescriptions May Cause Side Effects