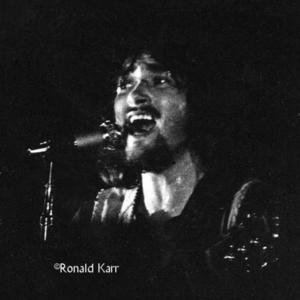 Singer, songwriter, guitarist Delaney Bramlett (1939 ? 2008) was one of the most unheralded influences in late sixties, early seventies rock who remained a creative volcano until his untimely death. Eric Clapton, in his biography, wrote, ?Delaney taught me all I know about singing.? Best-known for his role in the group Delaney and Bonnie and Friends, Mississippi-born Delaney was revered as a musician's musician who, over the years, played and collaborated with a Who's Who of rock legends, including Clapton...

Best-known for his role in the group Delaney and Bonnie and Friends, Mississippi-born Delaney was revered as a musician's musician who, over the years, played and collaborated with a Who's Who of rock legends, including Clapton, Jimi Hendrix, John Lennon, George Harrison, Duane Allman, Jerry Lee Lewis, Etta James and King Curtis.

After initially getting some attention as a member, along with Leon Russell, of the Shindogs, the house band for the ABC mid-60s music show ?Shindig,? Bramlett earned his chops as both a session musician and a songwriter before marrying Bonnie Lynn O'Farrell in 1967. Bonnie, an accomplished soul belter from a young age, had been the only white Ikette of the Ike and Tina Turner review while but 15 years old.

The duo's musical take on music was a rollicking mix of roots-rock, blues, soul and gospel that attracted some of the finest musicians of the late 60s music scene. They released their first album on Stax in 1969 and would release subsequent albums on Elektra, Atlantic (Atco) and Columbia until the demise of the ever-changing line-up due to the marital break-up of Delaney and Bonnie in 1972.

During its heyday, the band's roster would include everyone from Eric Clapton and George Harrison to the Allman brothers and Rita Coolidge. After the break-up, Delaney produced and arranged Eric Clapton's first solo album, co-writing half of the tunes.

He embarked on a solo career, starting at Columbia Records and ending at Magnolia Gold. His last two CDs, ?Sweet Inspiration? (2002) and ?A New Kind of Blues? (2008), earned critical raves and a cover story on ?Cashbox? magazine.

Delaney is survived by his three daughters, Suzanne, Michele and Bekka Bramlett. Bekka is a renowned back-up singer and songwriter, who made her singing debut on Delaney's ?Mobius Strip? solo album in 1973 ? when she was four years old. He is also survived by his Grandchildren...

There is currently a grass roots movement started by Delaney's daughters to get him inducted into The Rock and Roll Hall of fame, check out: http://www.facebook.com/group.php?gid=247286568092

A New Kind Of Blues

Giving Birth To A Song (With Blue Diamond) (Vinyl)