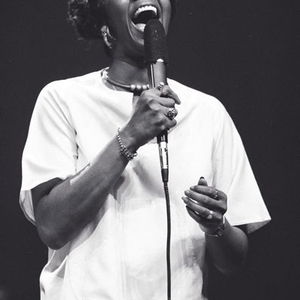 Cissy Houston - mother to Whitney, she should have been a superstar in her own right. Born Emily Drinkard in Newark, New Jersey she first sang gospel with her sisters in The Drinkard Sisters. She soon also found herself earning extra cash as one of the most in-demand backing singers to stars like Solomon Burke, Burt Bacharach and Aretha Franklin. In the early days she often sang with her cousins DeDe and Dion Warwick.

Between 1967 and 1969 the backing singers, by this time Cissy, Myrna Smith, Sylvia Shemwell and Estelle Brown, started recording as the Sweet Inspirations - with "Sweet Inspiration" their biggest hit. In 1970 Cissy launched a solo career where she scored near hits with "Be My Baby" and "Midnight Train to Georgia" - recorded before Gladys Knight's later hit version. "Any Guy" has since become an undeground hit - a heartbreaking song of loss and love. A wonderful powerful and rich singer.

Step Aside For A Lady (Vinyl)