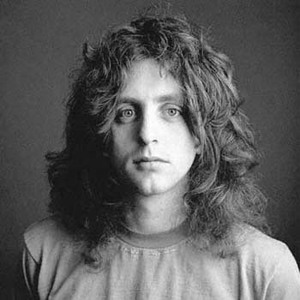 Michaels, also known as Mike Olsen, began his career with The Sentinals, a San Luis-based surf group which included Merrell Fankhauser and drummer Johny Barbata (later of The Turtles, Jefferson Airplane, and Jefferson Starship). Michaels joined Barbata in the Strangers, a group led by Joel Scott Hill, before moving to San Francisco. In 1967, he signed a contract with A&M Records, releasing his debut, Carnival Of Life, later that year.

Michaels' choice of the Hammond organ as his primary instrument was unusual for the time, as was his bare-bones stage and studio accompaniment: usually just a single drummer, most often a musician known as 'Frosty' (Bartholomew Eugene Smith-Frost} or with Joel Larson of The Grass Roots. This unorthodox approach attracted a following in San Francisco, and some critical notice, but Michaels did not achieve real commercial success until the release of his fifth album (Fifth), which produced a surprise U.S. Top 10 hit (#6 in the fall of 1971), "Do You Know What I Mean", and a Top 40 follow-up, a cover version of the Motown standard, "Can I Get A Witness". Michaels recorded two more albums for A&M before signing a contract with Columbia Records in 1973. His Columbia recordings failed to generate much interest, and Michaels went into semi-retirement from the music business by the end of the decade. He currently owns a chain of restaurants, named Killer Shrimp, around Southern California. Apparently, after a trip to New Orleans, Michaels invented the dish whose friends liked it so much they urged him to open a restaurant.

Nice Day For Something (Extended Version)

Hello: The Very Best Of

Nice Day For Something (Vinyl)