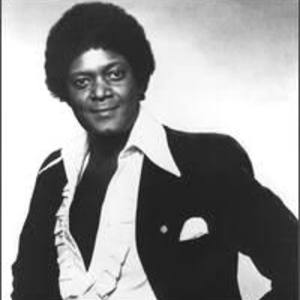 Dobie Gray (July 26, 1940 - December 6th 2011) was an African American singer and songwriter, whose musical career spanned soul, country, pop and musical theater. His hit records included "The 'In' Crowd" in 1965, and "Drift Away", which was one of the biggest hits of 1973, sold over one million copies, and remains a staple of radio airplay. Gray was born near Houston, Texas, by his own account in Simonton although some sources suggest the nearby town of Brookshire.

Gray was born near Houston, Texas, by his own account in Simonton although some sources suggest the nearby town of Brookshire. His birth name was probably Lawrence Darrow Brown, who is listed in the Fort Bend County Birth Records as being born in 1940 to Jane P. Spencel and Jethro Clifton Brown. Other sources suggest he may have been born Leonard Victor Ainsworth, a name he used on some early recordings.
His family were sharecroppers, and he discovered gospel music through his grandfather, a Baptist minister. In the early 1960s he moved to Los Angeles, intending to pursue an acting career but also singing to make money.

He recorded for several local labels under the names Leonard Ainsworth, Larry Curtis, and Larry Dennis, before Sonny Bono directed him towards the small independent Stripe Records. They suggested that he record under the name "Dobie Gray", an allusion to the then-popular sitcom The Many Loves of Dobie Gillis. His first taste of success came in 1963, when his seventh single "Look At Me", on the Cor-Dak label, recorded with bassist Carol Kaye, reached # 91 on the Billboard Hot 100. However, Gray's first album, Look!, failed to sell.

Greater success came in early 1965 when his original recording of "The 'In' Crowd" (later recorded by Ramsey Lewis) reached # 13 on the chart. Written by Billy Page, arranged by his brother Gene,[8] and produced by Fred Darian. Gray's record reached # 11 on the US R&B chart, and # 25 in the UK. The follow-up, "See You at the Go-Go", recorded with such top session musicians as Kaye, Hal Blaine and Larry Knechtel, also reached the Hot 100, and he issued an album, Dobie Gray Sings For 'In' Crowders That Go Go Go, which featured some self-penned songs.

Gray continued to record, though with little success, for small labels such as Charger and White Whale, as well as contributing to movie soundtracks. He also spent several years working as an actor, including 2? years in the Los Angeles production of Hair. In 1970, while working in Hair, he joined a band, Pollution, as singer and percussionist. They were managed by actor Max Baer Jr. (best known as "Jethro" in The Beverly Hillbillies), and released two albums of soul-inspired psychedelic rock, Pollution I and Pollution II. The band also included singer Tata Vega and guitarist/singer James Quill Smith. After that, he worked at A & M Records on demo recordings with songwriter Paul Williams.

In 1972, he won a contract with Decca Records, shortly before it became part of MCA, to make an album with producer Mentor Williams, Paul's brother, in Nashville. Among the songs that they recorded at the Quadrafonic Sound Studios, co-owned by session musicians Norbert Putnam and David Briggs, was Mentor Williams' song "Drift Away", featuring a guitar riff by Reggie Young. Released as a single, the song rose to # 5 on the US pop charts, and remains Gray's best known song today. The follow-up, a version of Tom Jans' much-covered song "Loving Arms", made # 61 in the chart. Gray also released three albums with MCA, Drift Away, Loving Arms, and Hey, Dixie, but later stated that MCA were unsure of how to market the albums - "They didn't know where to place a black guy in country music."

In the mid-1970s he moved permanently to Nashville and signed for Capricorn Records, writing songs in collaboration with Troy Seals. His biggest hit singles in the late 1970s were "If Love Must Go", # 78 in 1976, and "You Can Do It", # 37 in late 1978, his last solo chart hit to date. He increasingly concentrated on songwriting, writing songs for a variety of artists including Ray Charles, George Jones, Johnny Mathis, Charley Pride and Don Williams. Gray also toured in Europe, Australia and Africa in the 1970s. He performed in South Africa only after persuading the apartheid authorities to allow him to play to integrated audiences, becoming the first artist to do so in that country. His popularity in South Africa continued through numerous subsequent concert tours.

He re-emerged as a recording artist for Capitol Records in the mid-1980s, recording with producer Harold Shedd. Gray placed two singles in the US Billboard country chart during 1986 and 1987, including "That's One to Grow On" which peaked at #35. His country albums included From Where I Stand in 1986, and he made several appearances at Charlie Daniels' popular Volunteer Jam concerts. He also sang on a number of TV and radio jingles. In 1997, he released the album Diamond Cuts, including both new songs and re-recordings of older material.

In 2000, Wigan Casino DJ, Kev Roberts, compiled The Northern Soul Top 500, which was based on a survey of northern soul fans. Gray's "Out On The Floor", a 1966 recording which had been a British chart hit in 1975, was placed in the Top 10. "Drift Away" became a hit again in 2003, when it was covered by Uncle Kracker on his No Stranger to Shame album. The recording was a duet between Kracker and Gray, who was also featured in the video. It ended in the nineteenth place in the Billboard Year-End Hot 100 singles of 2003.