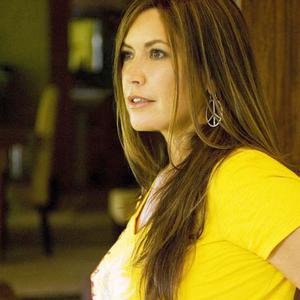 Toni Childs was born in Orange, California, but was moved to several small towns in Arkansas, Kansas, Oklahoma and Nevada during her childhood. At the age of 15, Childs ran away from home and became a blues musician. In 1972, Childs saw Pink Floyd in concert, and afterwards decided to pursue a career as a singer-songwriter. Childs joined the band Berlin in 1979, but left to form her own group before the recording of Berlin's first album. Toni Childs and the Movers, which included Jack Sherman and Micki Steele, toured for two years but did not release an album.

Childs signed a contract with Island Records in 1981 in exchange for perfoming janitorial duties for the company, but was unable to record an album.

In 1985, she signed to A&M Records, who released her debut album Union in 1988. She had previously provided backing vocals on David & David's album Boomtown. Later that year, she was nominated for two Grammy Awards, Best New Artist and Best Rock Vocal Performance (female). Her first national tour was opening for Bob Dylan. Her follow-up album House of Hope yielded a large hit in Australia with "I've Got To Go Now", but did not sell well in the US and was dropped from the A&M label. DGC Records, a subsidiary of Geffen Records, signed her and released her third album, The Woman's Boat. Although she was nominated for another Grammy Award for Best Female Rock Performance, the album sold poorly, and Childs was again left without a recording label. She recorded another album in 1996, but could not find a label to release it. Also in 1996, "The Very Best Of Toni Childs" was released, becoming the fifth biggest-selling album of 1996 in Australia. She retired from touring in 1997 after contracting a serious illness and starting the "Dream a Dolphin" charity. Childs released a song entitled "Because You're Beautiful", which won an Emmy Award for Outstanding Music & Lyrics in 2004. She has recorded a new album entitled Keep the Faith, which is expected to be released in Australia in 2006 and in the US and UK in 2007.

Many Rivers To Cross (CDS)

The Very Best Of Toni Childs

Lay Down Your Pain (MCD)