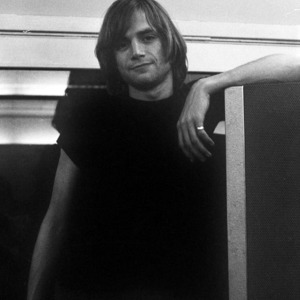 Justin Hayward (born David Justin Hayward, on 14 October 1946, in Swindon, England) is best known as the main singer, guitarist and composer with The Moody Blues. Having played with local bands in the Swindon area since the age of 13, Hayward's professional career began in 1964 when he joined Marty Wilde and his wife, Joyce, in the Wilde Three. While still only 17, and against Wilde's advice, Hayward signed a publishing contract with the skiffle artist and record producer, Lonnie Donegan.

Having played with local bands in the Swindon area since the age of 13, Hayward's professional career began in 1964 when he joined Marty Wilde and his wife, Joyce, in the Wilde Three. While still only 17, and against Wilde's advice, Hayward signed a publishing contract with the skiffle artist and record producer, Lonnie Donegan. This was a move that Hayward would go on to regret as it meant that the songwriter's and composer's rights to all the songs he wrote up until 1974 would forever be owned by Donegan's Tyler Music.

The integration of Hayward and Lodge into the Moody Blues sparked greater commercial success and recognition for the band, transforming them from a mainly covers band into one of the biggest selling acts of all-time. Their album sales from 1978 to date (2006) are in excess of 60 million. The exact figures for the bands' album sales from 1967 to 1978 have been contested in court as record company and accountants' figures differ considerably.

In 1972, the group decided to take a break from performing and recording as a unit. During this time, Hayward found international solo success - in 1977, with his album, "Songwriter", and the first single from it, "One Lonely Room"; and in 1978, collaborating on the concept album "Jeff Wayne's Musical Version of H G Wells' 'The War of the Worlds'" that yielded his hits "Forever Autumn" and "The Eve of the War".

Hayward has also co-written songs with other members of the band during their career, most prolifically with the band's bassist/vocalist, John Lodge. Together, in 1975, they had a hit single, "Blue Guitar", and album, "Blue Jays".

During the 1980s, Hayward composed and performed for film and television, including the theme song, "It Won't Be Easy", for the 1987 BBC2 science fiction series, "Star Cops". He also wrote "Something Evil, Something Dangerous" for the film "The Howling IV", "Eternal Woman" for the film "She" and music for "The Shoe People".

In 1989, with producer-arranger Mike Batt, Hayward released "Classic Blue" - an album of standards written by other composers, set to orchestration and arranged by Batt. His most recent solo album, "The View From The Hill", was released in 1996 and a live recording, "Live in San Juan Capistrano" followed in 1998.

In 1974, Hayward was awarded the first of numerous ASCAP awards he has received for songwriting.

In 2004, Hayward was awarded the "Gold Badge" for lifetime achievement by the British Academy of Songwriters, Composers and Authors (BASCA) to add to the "Golden Note" for lifetime achievement that he was awarded in 2000 by the American Society of Songwriters, Composers and Publishers (ASCAP) - one of only a handful of British artists to have received this award, the previous before Hayward being Elton John in 1991.

In a recent BBC World Service interview, Hayward and Lodge made it clear they have no plans to stop working and regarded it as "a privilege" to still be working in the music business and have people still want to see them perform and buy their music.

Hayward continues to tour and record with Moody Blues and as a solo artist. In April 2006, he took part in the stage tour of "Jeff Wayne's Musical Version of H G Wells' 'The War of the Worlds' ". The show received outstanding reviews from audiences and critics alike and an international tour of the show is currently in the planning stage (June 2006).

Hayward has lived in Monte Carlo since 1996 with his wife, Marie (married December 1970). They have one daughter, Doremi Celeste (born December 1972).

Justin Hayward All The Way

Spirits of the Western Sky

Songwriter The View From The Hill CD2

Songwriter The View From The Hill CD1