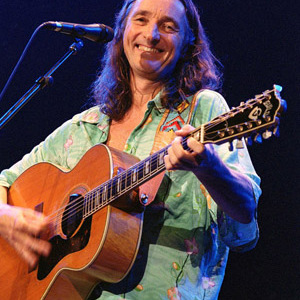 Roger Hodgson is universally acclaimed as one of the most gifted composers and lyricists of our time. Hodgson co-founded Supertramp in 1969 and helped define a generation of progressive rock. He is the singer/songwriter of such globally successful and enduring anthems as ?The Logical Song," ?Breakfast in America," ?Give a Little Bit," ?Take the Long Way Home," ?Dreamer,? ?It's Raining Again," ?School,? ?Fool's Overture,? and many more timeless songs that helped his former band sell well over 60 million albums to date.

For many fans, Roger Hodgson was the spiritual force behind the band for the 14 years prior to his departure in 1983. While he and the other co-founder, Rick Davies, shared writing credit, they actually wrote and composed separately.

Hodgson continues to tour extensively worldwide performing not only his classics, but also material from his solo albums. For additional information, visit http://www.RogerHodgson.com or http://www.facebook.com/RogerHodgsonOfficial.

In The Eye Of The Storm