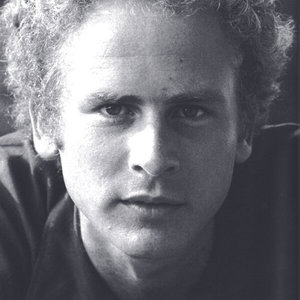 Art Garfunkel (born Arthur Ira Garfunkel on 5 November 1941 in Forest Hills, Queens, NYC, USA) is an American singer and actor, best known as half of the folk duo Simon & Garfunkel. He is of Romanian Jewish ancestry. He met his future singing partner, Paul Simon, in the sixth grade. Between 1956 and 1962, the two had performed together as Tom & Jerry. Garfunkel ("Tom Graph") chose his nickname because he liked to track, or "graph" hits, on the pop charts. Garfunkel attended Columbia University in the early sixties, where he sang with the Kingsmen, an all-male a cappella group.

He met his future singing partner, Paul Simon, in the sixth grade. Between 1956 and 1962, the two had performed together as Tom & Jerry. Garfunkel ("Tom Graph") chose his nickname because he liked to track, or "graph" hits, on the pop charts. Garfunkel attended Columbia University in the early sixties, where he sang with the Kingsmen, an all-male a cappella group. While at Columbia, he was also a Brother of the Alpha Epsilon Pi Fraternity. In 1962 Garfunkel earned a Bachelor of Arts degree majoring in art history, followed eventually by a Master's degree in mathematics.

In 1963 he and Simon reformed the duo under their own names as Simon and Garfunkel and released their first album, Wednesday Morning, 3 A.M. on Columbia Records in October 1964. It was not a critical success, and the duo effectively split again after recording. The next year their producer Tom Wilson lifted the song "The Sound of Silence" from the record, redubbed an electric backing onto it, and released it as a single, which eventually went to #1 on the Billboard pop charts. They reunited and went on to become two of the most popular artists of the 1960s, releasing a total of five studio albums. However, citing personal differences and divergence in career interests, they split following the release of their most critically acclaimed album, Bridge Over Troubled Water, in 1970.

In between, he also acted in a few movies, including Catch-22 and Carnal Knowledge (1971) with Jack Nicholson, Candice Bergen, and Ann-Margret.

Following disappointing sales of his 1981 album Scissors Cut, Garfunkel reunited with Paul Simon for the famous concert in Central Park. The subsequent world tour went well musically, but they had disagreements during the tour, with the disappointment for Art Garfunkel that Paul Simon excluded Art's voice from the new album that was announced as a S&G album and came out as a new Paul Simon solo album Hearts and Bones. The reason for that was that Paul Simon's songs were very personal. After this, Garfunkel left the music scene for several years, but returned in 1988 with the album Lefty. None of these projects garnered much critical success, and Garfunkel did not release another album until 1993's Up 'til Now. Perhaps his most noteworthy recent release is his live 1996 concert Across America, recorded live at the registry hall on Ellis Island. The concert features several musical guests, including James Taylor, Garfunkel's wife, Kim, and his son James Arthur.

Garfunkel also performed the theme song for the 1991 television series, "Brooklyn Bridge", and in 1998 Garfunkel sang "The Ballad of Buster Baxter" for an episode of the PBS Kids cartoon Arthur.

In 2003, Garfunkel made his debut as a songwriter on his well-received Everything Waits to Be Noticed album. Teaming up with singer-songwriters Maia Sharp and Buddy Mondlock, the album represented some of Garfunkel's strongest solo performances to date, and contained several songs whose origins were poems penned by Garfunkel. Everything Waits to Be Noticed is recognized as his first true effort at songwriting, save his teenage years with Paul Simon in Tom and Jerry.

In 2003, Art Garfunkel and Paul Simon reunited one more time and buried their disagreements once and for all. The world tour in 2003 and 2004 that followed was this time very joyful and was a big success. After the tour, they went their own ways.

Garfunkel made news in early 2004 when he was arrested for possession of cannabis.

The only new recording on the collection The Art Garfunkel Album (1984), the song "Sometimes When I'm Dreaming" (written by Mike Batt), was re-recorded in 2005 by ex ABBA singer Agnetha F?ltskog on her comeback album My Colouring Book.

In August 2005, Garfunkel received his second cannabis possession charge after a state police trooper found a joint in the ashtray of his car while in New York State. [2]

In 2006, Garfunkel signed with Rhino Records (revived Atco Records,) and his first Rhino/Atco album Some Enchanted Evening was released in America on January 30, 2007. [3] In late February 2007 during a German television interview to promote his new album Some Enchanted Evening, Garfunkel expressed interest in reuniting with Paul Simon on a new album.

The Best Of Art Garfunkel

Songs From A Parent To A Child (Daydream)

The Very Best Of Art Garfunkel Across America