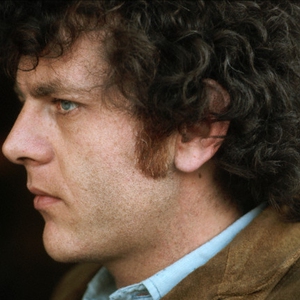 David Blue (February 18, 1941?December 2, 1982), born Stuart David Cohen, was an American singer-songwriter and actor. He was an integral part of the Greenwich Village folk music scene in New York, which included Bob Dylan, Phil Ochs, Dave Van Ronk, Tom Paxton, and Eric Andersen. Blue is perhaps best known for writing the song "Outlaw Man" for the Eagles, which was included on their 1973 Desperado album, as well as released as their second single.

Blue's original version of "Outlaw Man" was the lead track of his own Nice Baby And The Angel album, issued on CD (with the entire David Blue catalogue) in 2007 on Wounded Bird Records.

In 1975 Blue joined Dylan's Rolling Thunder Revue and he appeared in Renaldo and Clara, the 1978 movie that was filmed during that tour. Blue acted in other films including, The American Friend (directed by Wim Wenders, 1977), The Ordeal Of Patty Hearst (a 1979 TV movie) and Human Highway (by Neil Young, 1982}.

He died of a heart attack when he was 41 years old, while jogging in Washington Square Park in New York City.

Son Of The South

Nice Baby And The Angel (Vinyl)