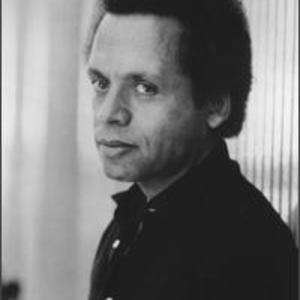 Garland Jeffreys (born 29 June 1943 in Brooklyn, New York) is an American singer, songwriter and guitarist. His music is a mix of rock 'n' roll, reggae, blues, soul and even hip-hop. He began his career performing solo in Manhattan clubs in 1966 after attending college at Syracuse University as an art major, where he became friends with Lou Reed (future co-founder of The Velvet Underground). He spent some time in Italy studying art before coming back to Manhattan to further his education at New York's Institute of Fine Arts while working with several New York bands.

He spent some time in Italy studying art before coming back to Manhattan to further his education at New York's Institute of Fine Arts while working with several New York bands. In 1969 he formed a group called Grinder's Switch, and they released just one album - Garland Jeffreys & Grinder's Switch. Members of Grinder's Switch played on debut solo album of another co-founder of The Velvet Underground, John Cale - Vintage Violence (1970). Garland even wrote one song for this album (Fairweather Friend) and did back-up vocals for it. In 1973 Jeffreys released his own debut album entitled simply 'Garland Jeffreys. During the mid-70s he was touring with reggae artists like Jimmy Cliff and Toots & The Maytals and in 1977 he released his critically acclaimed Ghost Writer. In 1980 Jeffreys made a cover of ? & The Mysterians' 96 Tears. Then, after a long silence he released Don't Call Me Buckwheat (1992). Every song in this album has strong antiracial lyrics ('Welcome To The World', 'Hail Hail Rock'n'Roll', 'I Was Afraid Of Malcolm' etc.). He followed with Wildlife Dictionary in 1997. In 2003 Garland covered Skip James' Washington D.C. Hospital Center Blues for the film by Wim Wenders from the project Martin Scorsese Presents the Blues: The Soul of a Man. Another compilation of greatest hits (with three new songs) - I'm Alive was released in 2006 in Europe only.

The King Of In Between