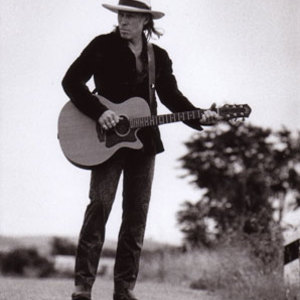 Elliott James Murphy (born March 16, 1949 in New York, Long Island, New York is an American rock singer-songwriter, novelist, producer and journalist living in Paris. In true rock 'n roll fashion Elliott James Murphy Jr. was born in Mercy Hospital, Rockville Center, New York in 1949 to a successful show business family. Elliott grew up in nearby Garden City, started playing the guitar at 12 years old and with his band The Rapscallions he won the 1966 New York State Battle of the Bands.

In true rock 'n roll fashion Elliott James Murphy Jr. was born in Mercy Hospital, Rockville Center, New York in 1949 to a successful show business family.
Elliott grew up in nearby Garden City, started playing the guitar at 12 years old and with his band The Rapscallions he won the 1966 New York State Battle of the Bands. He began writing songs while singing on the streets of Europe in 1971 and returned to New York after a brief stay in San Francisco to secure a record contract with Polydor Records. His debut album Aquashow (1973) was a huge critical success landing on many "best of" lists for the year and feature stories on Murphy appeared in Rolling Stone, Newsweek and The New Yorker. Follow up albums Lost Generation (1975), Night Lights (1976) and Just A Story From America (1977) received equal acclaim. Special guests included Mick Taylor, Billy Joel, Phil Collins. His music was post-Dylan poetic rock heavily influenced by New York's Velvet Underground and propelled by Murphy's driving electric guitar and harmonica. By both choice and necessity he went independent with the release of the EP Affairs (1980) that sold well in Europe and set the stage for the successful Murph The Surf (1982). In 1985 the Jerry Harrison (Talking Heads) produced Milwaukee began his long relationship with New Rose Records in France. By this time Murphy was touring Europe constantly and finally moved to Paris in 1989 where he continues to live with his wife and son. Selling The Gold (1995) featured a duet with Bruce Springsteen, long-time friend, who often has invited him on stage during his European shows.

In addition to his music Murphy has written for Rolling Stone, Spin, Mucchio Selvaggio and various European magazines and has published Cold & Electric, a semi-autobiographical novel, in French, German and Spanish editions as well as two short story collections (The Lion Sleeps Tonight and Where the Women Are Naked And The Men Are Rich) and most recently Caf? Notes (Hachette, France). In a recent Spanish TV appearance he said, "Literature is my religion and Rock and Roll is my addiction."

His recent albums Beauregard, Rainy Season, Soul Surfing and La Terre Commune (a duo with Iain Matthews) have marked a renaissance in his recording career with many critics calling his double album Strings Of The Storm his finest to date. With guitar wizard Olivier Durand he tours constantly, playing well over 100 shows a year all over Europe and to sum up their 10 years together is Never Say Never...The Best of 1995-2005 a CD + bonus DVD package of performances, videos and a discography showing all 26 album covers. 2005 also saw the publication in France of Poetic Justice, Elliott's neo-western novel that will soon be translated into Italian and (hopefully) English. The year ends with Murphy Gets Muddy an album of 10 classic blues covers and 5 Murphy blues originals.

(Wikipedia note: Biography from the official site - used with explicit permission from Mr. Murphy, who is the copyright owner)

It Takes A Worried Man

Just A Story From New York (With The Normandy All Stars)

Notes From The Underground