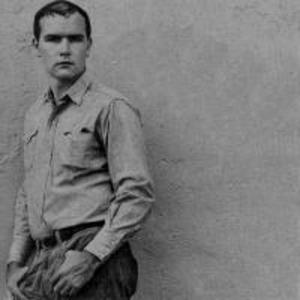 Tom Paxton (born Thomas Richard Paxton on October 31, 1937) is an American folk singer and singer-songwriter whose songs have enduring appeal (and include modern standards such as "The Last Thing on My Mind"). In 2009, he received a Grammy Lifetime Achievement Award. Paxton was born in Chicago, Illinois, the youngest child of Burton and Esther Paxton. The Paxton family moved to Bristow, Oklahoma in 1948, where Tom grew to adulthood and which he still considers home. He attended the University of Oklahoma, where he majored in drama and developed an interest in folk music.

Paxton was born in Chicago, Illinois, the youngest child of Burton and Esther Paxton. The Paxton family moved to Bristow, Oklahoma in 1948, where Tom grew to adulthood and which he still considers home. He attended the University of Oklahoma, where he majored in drama and developed an interest in folk music.

After time in the Army Reserves, Paxton moved to New York City where he frequented the city's Greenwich Village coffeehouse circuit. His early success in Greenwich Village coffeehouses led to an ever-increasing circle of work. He made his professional debut at the Gaslight, the renowned folk haunt that also issued the singer's first album. In 1962 Gaslight Records would press 2,000 copies of his debut album, I'm The Man Who Built The Bridges.

Paxton also auditioned to join the Chad Mitchell Trio, but although he failed, the group enjoyed a 1963 hit with "The Marvelous Toy," one of Paxton's early songs. Paxton performed at the 1963 Newport Folk Festival, a performance that would be recorded-and released-by Vanguard Records. Paxton would go on to record a second album with Vanguard-at the Newport Folk Festival the following year - but his association with that record company lapsed, and it would not be until the year 2000 that Vanguard once again released a Tom Paxton album, Tom Paxton: Best of the Vanguard Years. In 1964 Paxton was signed to Elektra Records for whom he recorded his best-known work. Then in 1965 he made his first tour of the United Kingdom - the beginning of a still-thriving professional relationship that has included at least one tour in each of the succeeding years.

He and his wife Midge have been married since 1963 and have two daughters, Jennifer and Kate. All three women have served as inspiration for many of Paxton's songs. He now has three grandsons, Christopher, Sean, and Peter.

In addition to songwriting, Tom Paxton has written many critically acclaimed children's books, some of which were inspired by his songs for children.

He has performed thousands of concerts around the world in countries such as Australia, New Zealand, Japan, Hong Kong, Scandinavia, France, Italy, Belgium, Holland, England, Scotland, Ireland and Canada. Paxton enjoys a strong relationship with fans throughout the world. His songs have experienced enduring appeal, including modern standards such as "The Last Thing on My Mind" (perhaps Paxton's best-known song, it has been recorded by dozens of artists, including Judy Collins, Sandy Denny, Dolly Parton, and Porter Wagoner), "Ramblin' Boy", "Bottle of Wine", "Whose Garden Was This", "The Marvelous Toy", and "The Hostage" (which recounts the 1971 uprising at Attica State Prison).

In February 2002, Tom Paxton was honored with the ASCAP Lifetime Achievement Award in Folk Music. A few days later, he received three Wammies (Washington, DC, Area Music Awards); as Best Male Vocalist in the "traditional folk" and "children's music" categories, and for Best Traditional Folk Recording of the Year for Under American Skies (the duo album he made with Anne Hills in 2001). This was the first Paxton album to receive an award of any kind.

Paxton has been nominated four times for Grammy Awards in his career, all since 2002.

In 2006, Paxton received a Lifetime Achievement Award from the North American Folk Music and Dance Alliance.

On January 22, 2007, Paxton was honored with an official UK Parliamentary tribute at the British House of Commons at the start of his 2007 United Kingdom tour.

On May 3, 2008, Paxton was honored with a special lifetime tribute from the World Folk Music Association, and a concert was held at the Rachel M. Schlesinger Concert Hall and Arts Center at Northern Virginia Community College, Alexandria Campus, in Alexandria, Virginia.

Boat In The Water

Live In The UK

Looking For The Moon