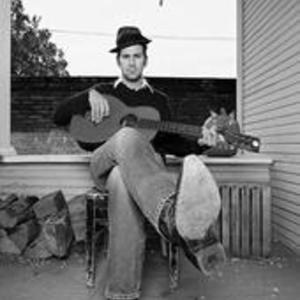 Take a pinch of the shuttered French Quarter, a dash of shack distilled brew, mix it with the alleyways of Les Halles, throw in equal measures of wrong side of the tracks bars and whisky driven night sweats. Fire it up with songs of loss, of dashed dreams, of devils in dresses and a twist of bitters. Shake it. Bottle it. And sell it out of an old battered cardboard suitcase. These are the ingredients of Gill Landry's debut album.

The songs veer from the rural to ruined streets, from the bottle to the graveyard, from a murder of ravens to hymns. These songs read like a book. A collection of stories, of narratives charting the restless wanderings of a itinerant musician. These are not songs about Main Street. These are way back. They are an alternative soundtrack to the American nightmare. Southern gothic meets Noir.

Years ago, Gill Landry began performing as a busker on the streets of New Orleans, a town that knows a thing or two about decadence. He took the name Frank Lemon and created the Kitchen Syncopators, inspired by the old country blues, jazz and songster music of the 20's and 30's he was hearing around New Orleans. More recently, he's played banjo and steel guitar for the Old Crow Medicine Show. His 2007 debut album is The Ballad of Lawless Soirez

Skeleton At The Banquet

The ballad of Lawless Soirez