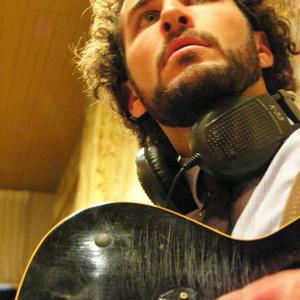 Joshua is a seamless union of both city and country. The music is steeped in ragtime blues, sweet jazz, real country and cajun, and Davis blends these traditions with his love for gritty rock n' roll and old soul. The result is what Performing Songwriter Magazine calls, "Some of the liveliest and most rocking roots music around". Davis travels across the country playing at concert halls, old theatres, festivals, clubs, dives, classrooms and parks.

Davis travels across the country playing at concert halls, old theatres, festivals, clubs, dives, classrooms and parks. He's released a number of albums, including his 2005 solo effort, "Fool Rooster", which earned the album of the year slot from "Progressive Torch and Twang", a cult favorite Americana show on WDBM. He's released four albums with roots-rocking quartet Steppin' In It, one album of jazz standards with Shout Sister Shout, and has appeared on too many albums to count.

Davis has appeared on West Virginia's Mountain Stage radio show and Kentucky's Woodsongs Old Time Radio Hour. He's played prestigious festivals like Telluride Bluegrass in Colorado and Suwannee Springfest in Florida, not to mention every festival Michigan, his home state, has to offer.