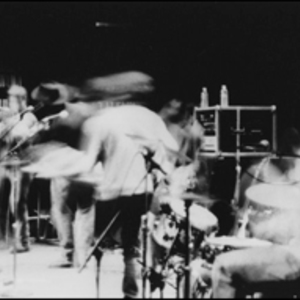 The Felice Brothers are a folk rock/country rock band from upstate New York founded in 2006. The band comprises five main members: Ian Felice (lead vocals, guitar, piano), David Turbeville (drums, vocals), James Felice (accordion, piano, organ), and Christmas (bass), previously a traveling dice player. They have been joined by Farley, a washboard player and fiddler, and others who at times had a horn section to the band. The brothers are from the Catskill Mountains of New York. They hail from Palenville, NY, twenty minutes from Woodstock.

The brothers began playing together on Sunday afternoons at their father's barbecues but the band started when they moved to a little apartment in Brooklyn and began to play at the Subway stations near 42nd. Street and Union Square in Greenwich Village.

They released their debut album Through These Reins and Gone in 2006 and in 2007 they got a deal with Loose Music in Europe. Through These Reins and Gone made it onto Radio Woodstock WDST's top 25 albums of 2006. The Felice Brothers have played at Levon Helm's Midnight Ramble in Woodstock, NY, toured with Bright Eyes played at the 2008 Clearwater Festival, and Bonnaroo in Manchester, TN.

From Dreams To Dust

Life In The Dark

Yonder Is The Clock