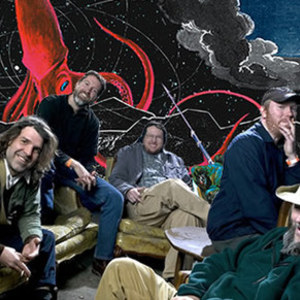 By the following album, Johnston had also become the band's third songwriter, though Russell and Smith have continued to share the bulk of those responsibilities.
Despite a sizable amount of original material, the Gourds are probably best known for a song they did not write, and for which they initially did not receive credit. A full twelve years after its live debut, fans can still be heard calling out for the band's cover version of Snoop Dogg's "Gin and Juice", often before they have even taken the stage. This has led some to consider it an albatross, but the band continues to play the crowd pleaser, adding various impromptu covers to its mid-section as a way of expanding its appeal.

While the Gourds studio efforts have all been well received, their high-energy live performances and constant touring have earned them the reputation of a band that must be seen to be appreciated. As a result, they enjoy a dedicated fan base, that is happy to follow them from town to town, and have become a favorite among those who tape live music

Blood Of The Ram