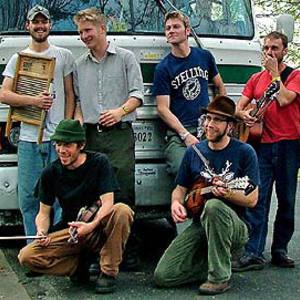 The Hackensaw Boys first began playing their joyful blend of old-time and bluegrass-tinged string-band music on the streets of Charlottesville, Virginia in the autumn of 1999. Far from limiting themselves to the old-time canon, however, the Hackensaws have been first and foremost a band of songwriters. Their music, while drawing upon the spirit of the mountains, is sophisticated and informed by the best elements of punk rock and classic country music. As one reviewer put it: ?Imagine the Carter Family meets the Ramones and you begin to get the picture.?

Their current line-up exists of:

For The Love Of A Friend

The Old Sound Of Music Vol. 2

The Old Sound Of Music Vol. 1

Love What You Do