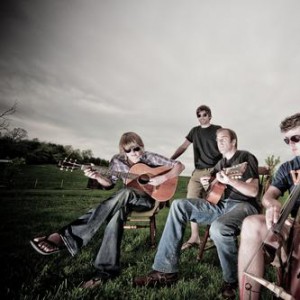 Brooklyn might seem an odd place of origin for a country band. The perennial home of cold concrete, hipsters and industrial ruins has been most famous for its indie rock scene over the past decade. But to Blake Christiana, frontman and songwriter for Brooklyn-based Americana/Alt-Country band Yarn, it's the place that offered not only solace from his Schenectady, NY upbringing and a place to meet other skilled musicians, but a certain anonymity perfect for a songwriter who crafts best in loneliness.

Indeed, in the song ?Time Burns On? off the band's new record Come On In, Blake croons for the city in his best country twang, ?I gotta get back / To my Brooklyn flat / Where the neighbors don't know my name / And the forecast calls for rain.?

Yarn has received quite a bit of buzz in the Americana world as a result of the band's first two recordings as well as strong performances at clubs and festivals. Their self-titled debut record reached No. 14 on the AMA and R&R Radio Charts, and ranked No. 79 on the AMA's Top 100 Albums of 2007. Yarn's 2008 follow-up, Empty Pockets, which features guest appearances by Edie Brickell, Tony Trischka, Casey Dreissen and Caitlin Cary of Whiskeytown, spent months in the AMA charts. The album peaked at No. 5 and was honored with eight first round 2009 Grammy nominations in several categories.

The band owes as much to Gram Parsons and Earl Scruggs as to Jerry Garcia and Exile On Main Street-era Rolling Stones. Following in a fine tradition that includes forward thinking roots bands like The Flying Burrito Brothers and New Riders of The Purple Sage, Yarn weaves roots music idioms into a fresh sound that turns on hipsters and fans of country music alike with technically impressive song-crafting and universal tales from the road of life.

This Is The Year