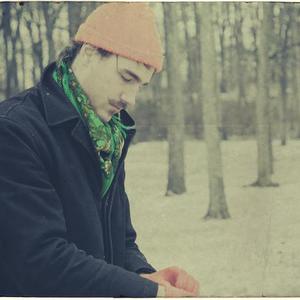 It's hard to pinpoint the moment that songs are born, the day casual hummers become singers or scribblers become songwriters. Rayland Baxter certainly can't, and he wouldn't want to. Though he grew up in Nashville to the sounds of his father's pedal steel, he didn't dream of being a rock star. He loved music, of course, but he liked other things, too: being outside, playing sports, working at the bait shop to make spare change.

He'd always just let things settle into place naturally, following his gut from Tennessee to Colorado to Israel and back again, not knowing that when he returned home he'd have a handful of songs and the knowledge that, at the end of the day, he didn't want to do anything else but make music. He leads a life without reigns, his work always echoing the ease in which it came to be.

?All of my music has come in a very natural way, by following the organic process of life and letting it just happen,? he says. ?I jumped my fair share of ships, and the pieces came together slowly, not by study or design.? The result is a record inspired by a life lived, not one struggling to inspire life. ?Down the mountains and the valleys like the breeze,? he sings on ?the mtn song,? ?we're going where we want to go, doing anything we please.? He's done just that, writing songs that are reflections of what he's seen, felt and lived; the metaphors found in the hills, the slow strums born at home but blossomed across the sea.

Growing up, Baxter's father Bucky (a multi-instrumentalist for Bob Dylan, Steve Earle and Ryan Adams, among others) made sure music was just a natural part of life, a soundtrack to childhood. ?I grew up around pedal steel melodies,? Baxter says, ?not knowing how later in life it would shape me and how I sing or place lyrics in a song.? He'd met Dylan and become friends with a young Justin Townes Earle?back then, they were just two kids who knew their dads were gone frequently. One day, while out on a motorcycle trip, Bucky bought his son a guitar: a used, blue electric one. He was in elementary school, no older than third grade. ?I played it,? Baxter says. ?But I also played Nintendo.?

Most of the time, he just liked being out in the field, grass under his feet. While he spent much of his teenage years playing sports, by 21 he'd picked up the guitar again. The sound of six strings ringing had always been comforting, only now its draw proved stronger: it was a surprise, perhaps most to Baxter himself, how naturally and harmoniously songs came. Instead of finishing college he moved to the small town of Creede, CO, playing open mics at a taco bar and busking for tips. It was a gig as a guitar tech for the band Moonshine Sessions that led him to Europe. After a relationship in Paris went sour (though would later inspire the song ?oLivia) he took his father's old friend up on an offer to spend some time at his home in Ashkelon, Israel.

?I was supposed to be there for two weeks,? he says. ?I ended up staying for six months.? Life in Ashkelon, a coastal town close to Gaza, involved a cadre of sounds: bombs detonating in the cornfields, sirens going off so frequently that few took notice or cover. Baxter drowned the noise with his host's enormous collection of records and documentaries: Townes Van Zandt, Dylan, Leonard Cohen. ?I would spend my days and nights just studying all my favorite people and musicians, and that's when it clicked.? One night he couldn't sleep, so he went outside to a barn in the back of the house with his guitar. ?When I came back in, I said to my friend, ?I think I wrote a good one out there.'? The resulting song was his aching, pivotal folk tune ?the woman for me,? which later became a road favorite and will appear on his debut, feathers & fishHooks.

Baxter has a saying he likes to use a lot: ?when you find the right river to float down, just keep floating.? That he did, using his time in Israel to craft the material that would become his Miscalculation of Song EP. He began recording his full-length in January 2011, produced by Skylar Wilson (Justin Townes Earle, Caitlin Rose) and supported by his friends, including Eric Masse (producer/engineer), Jacquire King (mix) and instrumentals by his father, Bucky. The songs range from the solemn, steel guitar and harmonica anchored ?marjoria?; to the locomotive, du-wop of ?driveway meLody?; to the stark, Middle Eastern tinge of ?wiLLow.? Each is thickly emotional, raw but supremely balanced, pulling reference not only from musical idols but from love had and lost, roads traveled and trials awaiting back at home. And, when you strip it all away, these are songs that could exist with just Baxter's voice and guitar alone, timeless.

He's spent much of his time on tour: with The Civil Wars, who personally invited him to open, as well as Grace Potter & the Nocturnals. Now Baxter lives in a small, crowded house with five people, four chickens, a dog and a fish named okra near the Nashville fairgrounds, an industrial part of town on the west side of the river. He sleeps in a covered porch with no air conditioning or heat??like camping,? he says, enthusiastically at that. His hometown has played a vital role in shaping him musically. ?There is an incredible group of young artists, songwriters, painters and filmmakers here, just a huge community of really rad people. It's been vital to have a great creative group of people I can feed off of all the time.?

His songs are a calming force for anyone looking for change, for love, or wanting to walk in a different direction?because it was his own quest for all those things that motivated the music. ?I had nothing to write about until I was 25. I had to live through a lot,? he says, ?and I when I sing I don't hold back. I'll cry on stage if I came to it. It's an emotional release for me, and there's no makeup on it. It puts me at ease, and that's what I hope it will do for those who listen.? Down the mountains and the valleys, like the breeze.