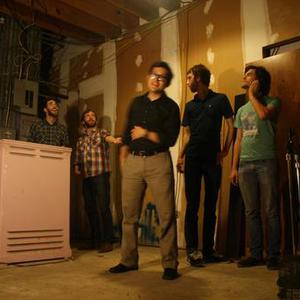 Buxton is a folk act based in the LaPorte/Houston area. They've played with such notable acts as Okkervil River, By the End of Tonight, Akron/Family, Man Man, Great Lake Swimmers, Maria Taylor, Copeland, Colour Revolt, Anathallo, Look Mexico, Gatsbys American Dream, Statistics and Denison Witmer. After a couple of Texas tours, a Gulf Coast tour and an East Coast tour they went in to record their follow up to 'Red Follows Red' entitled 'A Family Light'.

It was released on January 19th, 2008 on the Mia Kat Empire label. Soon after they wrote new material with their new drummer resulting in 7" vinyl featuring the songs 'Flint' and 'Feathers'. There will only be 500 available, and it will be on yellow vinyl. Come out to the release party July 11th at the new Houston venue Mango's.