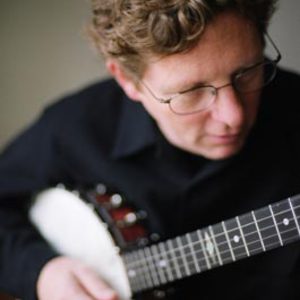 Tim O'Brien (b. March 16, 1954 in Wheeling, West Virginia) is an American bluegrass, old time and celtic musician. O'Brien plays guitar, fiddle, mandolin, bouzouki and mandocello and is an accomplished vocalist. He moved to Boulder, Colorado in the 1970s and became part of the music scene there. In 1978 he founded the bluegrass group Hot Rize. Hot Rize had its own offshoot band called Red Knuckles & the Trailblazers.

The band would walk off stage, change clothes, and reappear as a different band with its own songs. Most of his recordings are available on Sugar Hill Records. O'Brien currently lives in Nashville, Tennessee. In 2005, O'Brien won a Grammy Award for Best Traditional Folk Album for Fiddler's Green. In 1993 and 2006, O'Brien was honored with the IBMA's Male Vocalist of the Year award.

Where The River Meets The Road

We're Usually A Lot Better Than This (With Darrell Scott)