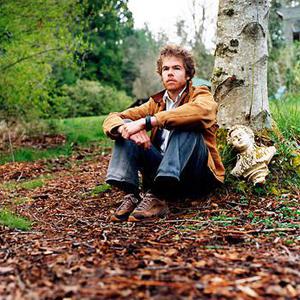 Josh Ritter (born in Moscow, Idaho on October 21, 1976) is an American singer-songwriter, guitarist and author who performs and records with The Royal City Band (as Josh Ritter & The Royal City Band). Ritter is known for his distinctive Americana style and narrative lyrics. In 2006 he was named one of the "100 Greatest Living Songwriters" by Paste magazine. Born to two neuroscientists, Ritter bought his first guitar from the local K-MART after hearing the Bob Dylan and Johnny Cash classic Girl From the North Country.

Born to two neuroscientists, Ritter bought his first guitar from the local K-MART after hearing the Bob Dylan and Johnny Cash classic Girl From the North Country. He started at Oberlin College with the intent to follow in his parents' scientist footsteps, but instead discovered songwriting, and the music of artists like Gillian Welch, Townes Van Zandt, and Leonard Cohen. He graduated and then moved east, favoring its close proximity to historic folk clubs such as "Club Passim" in Boston. On a shoestring budget he recorded his critically acclaimed breakthrough album Golden Age Of Radio in 2002 at various tiny, one-room studios on the East Coast. He has continued to grow from there, further developing his sound on subsequent albums.

Josh has recorded seven records (six studio albums and one live record) and five E.P.'s. They are (in chronological order):

See Here, I Have Built You A Mansion (Rare And Unreleased)

Beast in Its Tracks

Bringing In The Darlings (EP)