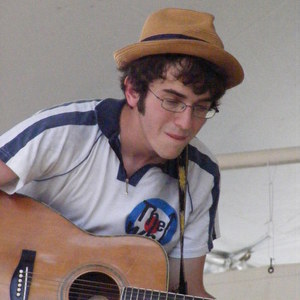 In 2008, Anthony da Costa ? a 17-year-old, performing songwriter ? released his sixth record; opened for Loretta Lynn and Dan Bern; was profiled in The New York Times; performed at the Kerrville, Falcon Ridge, Philadelphia and Woody Guthrie Folk Festivals; debuted in Europe at Denmark's Tonder Festival and was nominated as Folk Alliance Emerging Artist of the Year. He also recorded his seventh album with duo partner Abbie Gardner of Red Molly in just three days ? a record that made the finals of the Independent Music World Series.

In 2007, Anthony: became the youngest winner ever of Kerrville's New Folk and Falcon Ridge's Emerging Artist Competitions; formally showcased at Tin Pan South and was a Mountain Stage NewSong finalist. A prolific songwriter and self-taught, multi-instrumentalist, Anthony's writing and performing draw from a deep well of rich musical influences ? from Bob Dylan and Dan Bern, to Gillian Welch and Dave Rawlings, to Ryan Adams and John Prine. Now in his fourth year as a touring artist, Anthony is a strict adherent to Zimmerman's Theory of the Never-Ending Tour, playing perpetually at festivals, theaters, clubs and coffee houses?everywhere. Says Neil Pearson of Fish Records (UK): ?Anthony da Costa ? an important, emerging artist ? has obvious links to modern day songwriters such as Jonathan Byrd and Dan Bern, but he's a distinct talent and writer who knows how to connect with his audience in both the live setting and in his recordings. It's obvious he will be leading a new generation of singer/songwriters in the near future.?