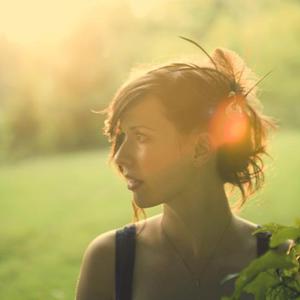 Joy Williams born Nov. 14th 1982 is a 29 year old Vocalist, Melodist, and Lyricist. She grew up in Santa Cruz, CA. At 17, She signed a recording contract with PLG/SonyBMG, and moved to the friendly and muggy town of Nashville, TN. She co-wrote and recorded several albums, and realized after 7 years of being on the road full time that it was song-writing that kept tugging at her heart. She is now signed as a full-time writer with Judy Stakee at Warner/Chappell in LA, and is with ASCAP. She writes for various projects daily with a team of very talented people from around the globe.

Since starting Sensibility Music Joy has had several of her songs featured prominently in hit TV shows. "Charmed Life", "Speaking a Dead Language" and "Sunny Day" have been in episodes of the hit ABC drama Grey's Anatomy; "If You Wanna Go" and "One of Those Days" in Lifetime's breakout drama Drop Dead Diva; "Sunny Day" in the CW's 90210, and "Tightrope" was featured on The WB's "One Tree Hill".

In 2010 Oscar Mayer settled on Doesn't Get Better Than This from Joy to be their new add campaign song. According to Mayers "[Joy] wrote what ended up being the tag line for the whole campaign, ?It doesn't get better than this.?

In May of 2010 Joy Williams recorded and released two brand new songs whose profits went towards Nashville's flood relief efforts. The first song was called "We Are" and was avalible for download via NoiseTrade's download widget. The second flood relief song was titled "Let's Jump" and was released on Ten Out Of Tenn's Nashville benefit compilation, "We Are All In This Together".

Songs From That (EP)

Every Moment: The Best Of Joy Williams