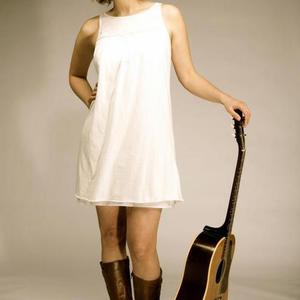 Katie Herzig has steadily become a fixture in Nashville's up-and-coming indie music scene. She's spent the last few years touring the US, sharing the stage with artists like Brandi Carlile and The Fray and been apart of the Ten Out of Tenn and Hotel Cafe tours. In 2008, after her song "Heaven's My Home" was nominated for a Grammy, Katie was featured in Billboard Magazine's ?Now Hear This? as well as one of PASTE Magazine's 25 ?Best of What's Next? Artists.

Her songs have been featured in several television shows and movies, including Grey's Anatomy, Pretty Little Liars, Sex and the City: The Movie, Going the Distance and New Year's Eve. Most recently, Katie's music has been featured in a national Target advertisement and in the trailer for the film We Bought A Zoo. Her latest record ?The Waking Sleep? is a spellbinding, uniquely immersive listening experience that manages to be at once playful and impassioned--challenging and comfortable---intimate and epic? which is exactly what listeners have come to expect of Katie Herzig. She continues to out-do herself with each new musical endeavor. To preview and purchase the album, visit www.katieherzig.com.