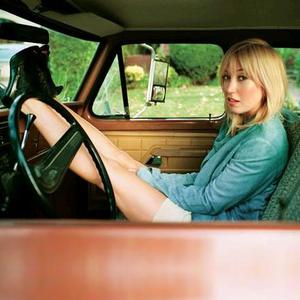 Anya Marina is a singer-songwriter and radio disc jockey based in San Diego, Calif. Her music has been featured on the ABC television drama Grey's Anatomy (and its second soundtrack) and on shows such as MTV's The Real World. She is also track 6 on New Moon soundtrack. Anya is a former deejay on KBZT (FM94/9) in San Diego. Anya was born in Ann Arbor, Mich., and grew up in the Silicon Valley area of California as a capricious child with Russian-Agnostic/Irish-Catholic professor parents (psychology and russian literature/math) and a younger sister.

Anya was born in Ann Arbor, Mich., and grew up in the Silicon Valley area of California as a capricious child with Russian-Agnostic/Irish-Catholic professor parents (psychology and russian literature/math) and a younger sister. After finishing high school, Anya moved to Los Angeles as an aspiring actress. With stints in the British American Drama Academy (taught by Richard Dreyfuss, Marsha Mason, Anne Jackson and Eli Wallach) and the American Academy of Dramatic Arts in Pasadena, Anya has also acted in television and film (in 2001, she starred in the feature film, 100 Girls). She eventually moved back home to earn a college degree in English and writing at Santa Clara University. She continued to struggle as an artist -- working in acting, musical theatre, music, improv and comedy -- but eventually found a job as a radio DJ on KSCU, Santa Clara University's college station.

After graduating, Anya took a radio station job in San Diego with Mike Halloran at XHRM-FM (92.5). After the station was bought out by another corporation, Halloran hired Anya at Y107 in Los Angeles before they both moved to Premium Radio 92/1 in San Diego's North County. After leaving that station, both disc jockeys landed at FM94/9.

It was in San Diego that Anya played her first open mic night and began to write her own songs. She quickly developed a live stage act using what she learned as an actress, comic and impressionist. Her recorded debut was a five-song EP called Exercises in Racketeering, which eventually led to a full-length album, Miss Halfway, which was released in early 2005. Anya subsequently opened for such artists as Jason Mraz and Rhett Miller. She was named one of the "Best Unsigned" acts by San Diego CityBeat.

The songs on Miss Halfway talk about her upbringing, ex-boyfriends and all the after-effects. Anya's album was also produced by Scott Russo, the frontman for rockers Unwritten Law, along with Peter King from The Surfers. The record eventually earned a San Diego Music Award for Best Recording. The title track also landed on Grey's Anatomy and was featured as the fifth song on the second Grey's Anatomy (soundtrack) disc along with The Fray, KT Tunstall, Gomez and Snow Patrol.

The internet radio station KGRL featured her as their Flower-Powered Artist for March of 2007. The feature includes an exclusive interview, CD Review of Miss Halfway, and an on-demand audio stream of an unreleased Anya Marina track titled "Try It And Like It."