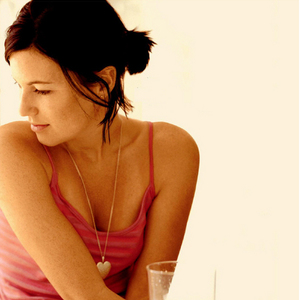 Tristan Prettyman (born May 23, 1982) is a singer-songwriter and former Roxy model. She was born and raised in the town of Del Mar located in San Diego County, California. Taking advantage of the town's proximity to the ocean, she began surfing at the age of 12. She competed in the National Scholastic Surfing Association (NSSA) High School Division and earned fifth place in the state title while still in middle school.

Taking advantage of the town's proximity to the ocean, she began surfing at the age of 12. She competed in the National Scholastic Surfing Association (NSSA) High School Division and earned fifth place in the state title while still in middle school.

At 15, she was given a cassette of Ani DiFranco's 1993 Puddle Dive by her half-brother's friend. She played the album constantly and it still has great sentimental value to her. It serves as a reminder of when her musical ambitions started to blossom.

Inspired by DiFranco's music and due in part to her nature of being a self-described "nosy kid" she entered her parents' room and began playing around with her father's old acoustic guitar. Although her parents were initially angry with her for "taking" her father's guitar, they eventually became supportive of her interest in music.

She began playing in front of friends at their homes and they encouraged her to begin writing her own material. One night, while performing for some friends, an employee of the production company The Moonshine Conspiracy, run by surf filmmaker Taylor Steele and professional surfer Chris Malloy, heard her and asked Tristan to appear in the film the company was working on at the time entitled Shelter. Tristan's song, Anything at All was chosen to be on the soundtrack.

Prettyman began playing in clubs and bars throughout San Diego County before being invited to join fellow San Diegoan, and future boyfriend, Jason Mraz on his national tour.

Prettyman spent the winter of 2004 in New York collaborating with producer Josh Deutsch who had worked with Mraz and Lenny Kravitz.

Prettyman is half-sister to Cody McClintock, an independent film producer.

She is signed to Virgin Records, and put out her first major label album Twentythree on August 2, 2005. Tristan credits her half-brother with much influence on her thinking and the title of her debut album pays partial homage to the "23 enigma". A perceptual concept which refers to the abnormally high occurrence of the number 23 in daily life as described in the book Cosmic Trigger by Robert Anton Wilson, as derived from friend and fellow author William S. Burroughs.