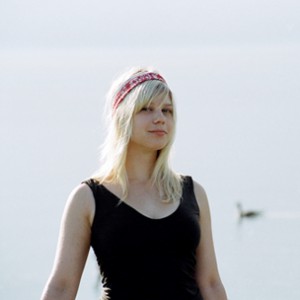 Basia Bulat is a Canadian singer-songwriter based in London, Ontario. Her debut album, Oh My Darling, was released in 2007. Her second album, Heart Of My Own, released in January 2010. As reviewed in Pitchfork, Feb 8/10, "...but while Bulat's versatility's a selling point, it's her rare, extraordinary voice that makes her a fresh find in the notoriously musty folk-pop bin. Graceful and incandescent, confident but approachable, her alto's the aural equivalent of the perfect party host who makes every guest not only welcome, but certain they're the most important person in the room."

She appeared in the September edition of Now! Magazine. She also appeared on the LOLA 2007 line-up, using her lush instrumental back-ups to accompany her reedy voice. Her first album has been hailed in the Exclaim! monthly newspaper and on several online publications.

Are You in Love?

Heart Of My Own