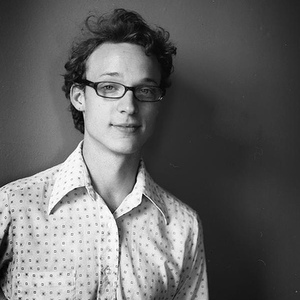 It was the cat-poles around the lake at his grandfather's farm that inspired Ben Sollee's debut album Learning To Bend. The frailty of those awkward looking plants standing stoutly against winds that challenged even the strongest of nearby trees is an affecting metaphor for human struggle and perseverance. This idea is central to Learning To Bend. Key tracks on Learning To Bend include two reactions to the current political landscape, ?A Few Honest Words,? and an adaptation of Sam Cooke's ?A Change is Gonna Come,? in which Ben has written updated, politically relevant verses.

Other highlights of the album are the playful, soul track, ?How To See the Sun Rise? and the vulnerable yet insistent ?It's Not Impossible,? where Ben laments the unfortunate status quo that ?boys don't cry.?

Ben has found considerable success in recent years through his ability to bend. In 2007, he was named one of NPR's ?Top Ten Unknown Artists of the Year.? His distinctive cello technique and soulful voice have been marinating for years in his work with avant-garde bluesman Otis Taylor, The Sparrow Quartet, (featuring banjo-master B?la Fleck), and on the internationally known Woodsongs Old Time Radio Hour.

Ben's unique performance experience and creative vision trump his 24 years and traditional classical training; he is poised to emerge as a solo artist, bridging genres and demographics with earnest and dynamic songwriting. However, the single most salient quality of Learning to Bend, is Ben's contagiously optimistic worldview. Ben is not just expressing his personal quest for flexibility, he is asking the entire country to learn to bend, learn how to cry, learn how to see the sun rise? He is at the forefront of a movement that is happening right now: a zeitgeist in which a nation can face reality and empower itself to evolve and feel deeply and stand up for the power of hope.