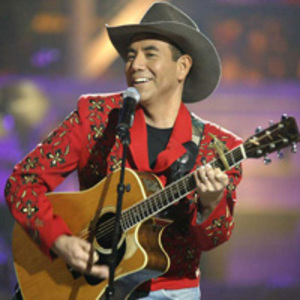 ?I tell people I went to the Hank Williams school of songwriting: I always try to capture his ability to marry a lyric with a melody,? says john Arthur martinez. With PURGATORY ROAD, martinez has definitely earned himself an A. His flowing melodies carry stories told by a true Texas songwriter, with evocative lyrics inspired by wide open spaces, friends, family and the wayfarers who populate our lives in unexpected ways.

Martinez's latest, his first for Apache Ranch Records, is filled with the spiritual and creative energy of Texas' Hill Country, where he lives in Marble Falls, and musical influences that range from Dan Fogelberg and James Taylor to Carlos Santana, Cuco Sanchez and Asleep at the Wheel.

An alumnus of the Cheatham Street Warehouse singer-songwriting class that spawned the likes of Todd Snider, Terri Hendrix, James McMurtry, Bruce Robison and Hal Ketchum, martinez's pedigree as an Americana artist of the first caliber was already stamped well before he attracted the attention of Bruce's brother, Charlie Robison, who encouraged martinez to audition for TV's ?Nashville Star.? Martinez won second, ahead of Miranda Lambert. That opened doors to a record deal with Dualtone (LONE STARRY NIGHT, produced by Matt Rollings of Lyle Lovett's band, hit #49 on Billboard's Top Country Albums chart), his debut at the Grand Ole Opry on a bill with Charley Pride and Carrie Underwood, as well as several European tours and other proud moments.

But martinez's roots, and his heart, lie squarely in Texas, not Nashville. His music, further nourished by his Mexican-American heritage, contains an earnestness one can't always hear in the output from Music Row.

Born in Austin, he grew up listening to his relatives harmonize on mariachi ballads and watching his father struggle to make a living as a musician before giving up that dream. Raised by his mother and stepfather on a ranch in Round Mountain, between Austin and San Antonio, martinez started publishing poems at age 9. Trying to head in a more traditional direction, he graduated from Texas State University with a bachelor's degree in English and broadcast journalism (and minors in speech and philosophy) and then entered graduate school at the University of Arizona in Tucson. But he couldn't stayaway from music and continued to hone his song craft in collegetown coffeehouses.

Eventually, musical passion overwhelmed his plans to serve academia as a writing teacher and tennis coach. (One nod to his writing-major past is the inverted capitalization he uses to spell his name and for initials ? jAm: it's after poet e.e. cummings, with an acknowledgment to people who know him by the middle name he's used since kindergarten because there were so many Johns in his class.

With PURGATORY ROAD, martinez says, his career is coming full-circle. ?It's time to bring people's attention back to the songwriter part of singer-songwriter,? he says. This 11-track collection is filled with songs that completely fulfill that mission. As it turns out, it's been a long time coming.

?The album actually spans three decades in terms of the writing,? martinez says. ? ?Que No Puerde Ver' was written in the '80s; ?Thunder and Lightning' and ?The Ride' were written in the'90s. Songs like ?Cobalt Blue' were written when I was courting my wife 11 years ago.? That tune, a sensuous ballad, vividly evokes everyday imagery in a way only martinez can. ?What is it with you and cobalt blue/that draws me, glassy-eyed, to you?? he sings. ?I'd bottle it up if I only knew/The magic in the mystery glass/Unites tomorrow with the past/and cleanses me like midnight mass.? ?The Ride,? co-written with his friend Mike Blakely, is, he says, the version he's always wanted to do of a tune originally recorded for his 1998 release, SPINNING OUR WHEELS. Another ballad, it's got a majestic sweep that conjures visions of range riders and caballeros. ?Que No Puede Ver? and ?When You Whisper in my Ear? alternate between Spanish and English lyrics ? appropriate for an artist who co-wrote a song recorded by famed Texas accordionist Flaco Jim?nez. ?Seguro Que Hell Yes? landed on Jim?nez's self-titled 1994 album ? which landed a 1995 GRAMMY Award for Best Mexican-American/Tejano Music Performance.

Martinez likes to mix it up musically, too. ?If you go hear me do a show at the Cotton Club dancehall (in Granger, Texas), I'm probably gonna do more of our original western swing and traditional sounding country stuff. But if I go do a show in Uvalde, I may do 30 or 40 percent Latino and bilingual songs,? he says. ?But it's all me.? ?I'm like the menu at a Texas diner,? he adds. ?There's chicken fried steak; there's chili con carne-smothered enchiladas; there's the spinach veggie omelet; there's fresh pecan pie. It all comes out of the same kitchen, just like my folk stuff, my country songs, my Latin tunes, my ballads, my rockers.?

It's a tasty menu, indeed. With PURGATORY ROAD, listeners will enjoy every bite.