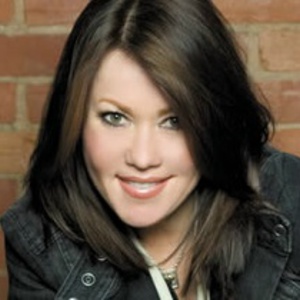 Recording artist, Jann Arden is a Canadian songwriter and performer. Arden produced 10 CDs, 17 top ten singles, earned a number of industry related awards and honors and also engages in acting, writing and charity work. In 2009 she released her latest album, Free. In February 2007, Arden released Uncover Me, a collection of Arden's favorite songs. Uncover Me debuted at #1 on the Digital SoundScan Chart and placed 3rd on the Nielsen's SoundScan Chart. This was Jann's highest debut to date spanning her 15 year recording career. In April 2007, Uncover Me was certified Platinum in Canada.

In 2009 she released her latest album, Free. In February 2007, Arden released Uncover Me, a collection of Arden's favorite songs. Uncover Me debuted at #1 on the Digital SoundScan Chart and placed 3rd on the Nielsen's SoundScan Chart. This was Jann's highest debut to date spanning her 15 year recording career. In April 2007, Uncover Me was certified Platinum in Canada.

Led by the hit single ?Bring The Boys Home,? Arden takes ownership of these personally selected tracks crafted by some of the best songwriters of our time. The tracks include everything from ?You're So Vain? (Carly Simon) to an amazing rendition of ?California Dreamin'? (the Mama's & the Papas) and the Canadian Top Ten single ?At Seventeen? (Janis Ian). Arden has not forgotten her loyal fans and has included a new original track ?Counterfeit Heart.?

Arden has continued to tour at an unstoppable pace. Her recent Uncover Me Tour, visited 23 cities, performing 31 shows to sold out crowds across Canada, becoming one of 2007's most anticipated and successful tours. She return's to USA this summer on tour with Canadian crooner Michael Bubl?. This will marked her fourth outing with Bubl? ? having also toured Europe, Australia, and the USA in the past 18 months.

In 2006, Arden was awarded 2 Western Canadian Music Awards, including Pop Recording of the year for Jann Arden. SOCAN honoured Arden with its 2006 National Achievement Award for career success in songwriting, as well as 6 Classic Awards for singles reaching 100,000 spins on Canadian radio and 1 Pop Music Award for the single ?Where No One Knows Me.?

Arden is also well known for her comedic talents, abilities as a speaker and as a bestselling author. In the Fall of 2004, Arden celebrated the publication of her second book ? a collection from her popular on-line journals. i'll tell you one damn thing, and that's all i know! continued where her bestselling first publication, if I knew, don't you think I'd tell you? left off (much to Arden's surprise, her first book climbed to #3 on Canada's Globe and Mail Non-fiction Bestseller list). Arden's ability to candidly discuss topics ranging from bra size to spirituality has solidified her reputation of being unpredictably entertaining, which explains the sell-out crowds at the notable ?My Life, My Way? and ?Lifefest? speaking series, presented by Chatelaine.

Arden is no stranger to theatre, having performed in Eve Ensler's Broadway hit, The Vagina Monologues on stages across Canada. She also returned to the Just For Laughs comedy festival in Montreal to host An Evening at Eve's Tavern. On the screen, large and small, Arden filmed Jann Takes Manhattan (a documentary-style network television special filmed while performing in New York City), was featured in the Gemini nominated episode of the sitcom Big Sound, and was cast in the feature movies White Lies and Don't Cry Now.

-Winner of 8 (eight) Junos, 8 (eight) 2006 SOCAN Awards, 2 (two) 2006 Western Canadian Music Awards and many other industry accolades including a star on Canada's Walk of Fame.

These Are The Days

The Millennium Collection - The Best Of Jann Arden

Love Is The Only Soldier