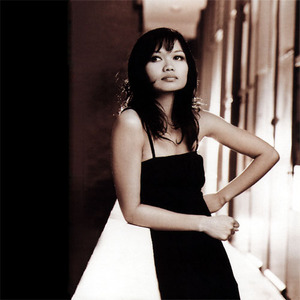 Briolette Kah Bic Runga (born 13 January 1976) is a New Zealand singer-songwriter whose first solo album, Drive, debuted at number one in the New Zealand charts, and has since become one of the highest-selling New Zealand artists of our time. Runga has also found success internationally in Australia and the UK. Her fourth album, Belle, was released in New Zealand on 14 November 2011. Songfacts reports that "Hello Hello", the first single from Belle...

Regarding the pronunciation of "Bic": "You say it Bec, rather than Bic", she explains. "It's Chinese, it's a strange vowel sound which doesn't seem to translate in English. It means the colour of jade, which I suppose is just green."

Runga was born in Christchurch. Her mother, Sophia Tang, was a Chinese Malaysian lounge singer in Malaysia when she met Joseph Runga, a M?ori soldier on leave from Vietnam. They both moved to New Zealand to live.

Runga grew up in Hornby, Christchurch surrounded by a musically-inclined family, and started recording songs with her sisters, Boh and Pearl, when she was only four years old. Runga's older sister Boh is now a vocalist in the New Zealand rock group stellar*, while Pearl is a session singer.

She learned how to play drums at the age of eleven, and guitar at about fourteen. Runga also learnt to play the keyboard at around this time. She attended Cashmere High School, joining high school bands and performing with local jazz groups by her mid-teens.

Try To Remember Everything (Rare & Unlreleased)

Live In Concert With The Christchurch Symphony Orchestra

Live In Concert (With The Christchurch Symphony Orchestra)