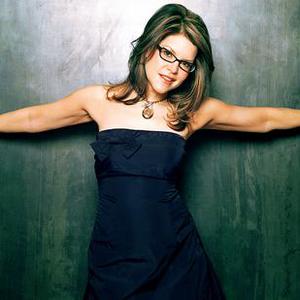 Lisa Anne Loeb (born March 11, 1968 in Bethesda, Maryland, United States) is an American singer-songwriter and actress. She launched her career in 1994 with the song, Stay. To this day, she is still the only artist to have a number one single on the Billboard Hot 100 while not signed to a recording contract. Loeb carried the momentum of her early success into a multi-dimensional career encompassing music, film, television, voice-over work and children's recordings.

Her five acclaimed studio CDs include her major label debut, the gold-selling Tails and its follow-up, the Grammy-nominated, gold-selling Firecracker. She tours worldwide and in recent years has captivated a younger audience as she released award-winning Catch the Moon in 2003, and 5 years later Camp Lisa in 2008. In conjunction with Camp Lisa, she launched her own non-profit, The Camp Lisa Foundation, designed to help underprivileged kids attend summer camp through its partnership with Summer Camp Opportunities Provide an Edge, Inc. (S.C.O.P.E.). Loeb has starred in two television series, ?Dweezil and Lisa,? a weekly culinary adventure for the Food Network and No. 1 Single, a dating show on the E! Network in 2006.

A Simple Trick To Happiness

The Very Best Of Lisa Loeb

Catch The Moon (With Elizabeth Mitchell)

The Way It Really Is