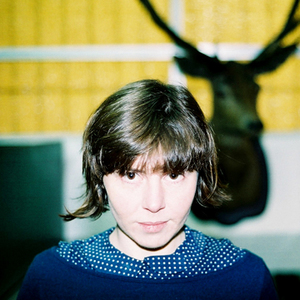 After two both musically and instrumentally complete and complex albums such as ?No podemos ser amigos? (2002) and ?The Last Laugh? (2004), Irene Tremblay, otherwise known as Aroah, is back with a six song (five in English, one in Spanish) mini-CD. The new record could well be defined as the echo of that last spell, an epilogue to ?The Last Laugh?. It's a simple, flowing, acoustic-inspired record that suggests comparisons to Hope Sandoval or early Nina Nastasia.

Unintentionally, her least ambitious project and most laid back recording experience have resulted in a compendium of poetry and? ?orchestrated folk-pop? In which ?Irene claims ? the largest influence has been ?silence?. In fact, during the months that preceded the recording she never listened to music or bought records ? there was already too much noise going on in her head. She spent most of October and November of 2004 sleeping. She mostly had nightmares such as the one that inspired ?A dream?. The only recording she did listen to was Elliot Smith's posthumous record; it depressed her so that she hid it away and still hasn't found it.

The lyrics are portraits of real experiences. Of course, the courtyard is a pretty obvious metaphor, but it's also a place where photographs for the CD's artwork were taken: the garden of the house where ?The Last Laugh? was completed. ?Into the courtyard? ? the song- speaks of another temporary home where Irene lived for months out of a suitcase, accumulating books, pictures, bottle corks, papers, sad memories and very occasionally a triumphant moment. Ever since she set aside the idea of an entirely Spanish EP that would bear the title ?Objetos Perdidos? (an expression she translates loosely as Lost & Found) she has been obsessed with the idea of with the necessity/lack of necessity of such material possessions.

After years of concerts and tribulations, two full-length recordings, two EPs and various tours in different circumstances ? more or less rock-like, with assorted line-ups- Aroah introduces us to her best song-writing to date. The single cover on the record, ?Caroline Says II?, owes more influence to Nico's ?Chelsea Girls? or Lisa Germano than to Lou Reed's original recording. On the five new songs Irene seems to be waving goodbye to all her possible influences ? Joni Mitchell, Vashti Bunyan?-. This is what happens to the best of artists when, after a long time searching for something they didn't want to find, they find something they weren't actually looking for: a code, a unique poetic language of symbols that continuously change while pronouncing every word and playing every note as if they were the last.