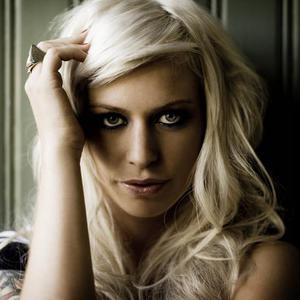 Virginia "Gin" Wigmore is a New Zealand singer/songwriter who was born in Auckland, New Zealand, where she spent most of her childhood. However, while in Argentina at age 16 her father died of cancer. Upon her return to New Zealand, she articulated in song, the pain of losing her father. One of those early penned songs, ?Hallelujah?, won the US-based International Songwriting Competition in 2004[2], when she beat 11,000 songwriting aspirants from 77 countries to become the youngest and only unsigned Grand Prize winner in the history of the ISC.

"Hallelujah" was also featured in the season 6 finale of One Tree Hill.

Extended Play was Wigmore's first EP. It was produced by Tony Buchen (Blue King Brown, The Whitlams, Macromantics, Kid Confucius) and contains the tracks "Hallelujah", "These Roses", "SOS", "Under My Skin", and "Easy Come Easy Go". Released in 2008, it has peaked at number ten in the New Zealand charts. The EP was certified Gold in New Zealand on June 7, 2009, selling over 7,500 copies.[4]

Extended Play was released in Australia on 2 August 2008 by Island Records. Wigmore was the first artist signed with Island Records, a partner company with Universal Music Group, Australia[3].

Recent work has seen her featured in the song and video of the new group, Smashproof, also from Auckland, New Zealand. The song, "Brother", was released in early 2009.