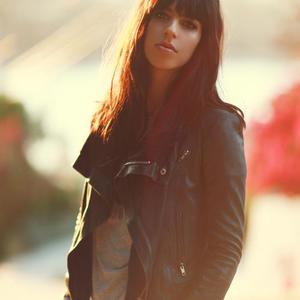 Held every year on verdant polo grounds in Indio, California, the Coachella Valley Music and Arts Festival is many things to many people: A way to hear the best alternative music, a giant lawn party of hipsters wearing hemp sunhats, or the one place you can gawk at members of super-bands as they ride around on golf carts. For Brooke Fraser, Coachella 2009 was the event that re-awakened her desire to make music. It was April and the New Zealand-born singer and songwriter was burnt out after completing a three-year tour supporting her second album, 2006's Albertine, which debuted at No.

1 in New Zealand, reached five times platinum, and remained in the Top 20 for nearly a year. ?I felt so exhausted, I could barely get out of bed,? Fraser says, ?let alone think about writing songs for a third album.?

As the sun went down over Indio on the Saturday night of Coachella 2009, Fraser found herself watching one of her favorite bands, Fleet Foxes. ?Robin Pecknold began to sing and the purity of his voice seemed to melt away every memory of trauma and disillusionment,? she recalls. ?Then the other voices joined his and it all felt so human and honest; I and everyone around me was enthralled. We were all being spoken to, and we were all listening. It was a moment where I remembered the power of music as a language, a connector. I remembered that I've been given the gift of speaking a particular dialect of this language and realised I didn't have the option of being resigned to silence and I didn't want it.?

The experience inspired the song Coachella ? one of several emotionally resonant and uplifting tunes on Fraser's new album Flags, a dreamy, alternative-pop collection that showcases her agile soprano, lilting melodies, and knack for telling her stories through the lives of vibrant characters on songs like Betty, Crows and Locusts, Jack Kerouac, and Ice On Her Lashes. ?I've never used as many characters or as much narrative in my songwriting as I have on this record,? Fraser says. ?On my previous albums [2003's What To Do With Daylight and Albertine], I was singing completely as myself, which is why I think I got so burnt out from touring. Albertine was inspired by incredibly significant events and people and every time I'd sing I'd go back to that moment where my heart was ripped open. So singing such heavy songs nearly every night for three years took a toll. On Flags, it's still me speaking, but it's me speaking through the voices of different characters and their stories. It's more survivable.?

Betty (co-written with Switchfoot's Jon Foreman and Ben West of Detroit indie duo The Real Efforts Of Real People) is about a cool, unapproachable girl who hides her Canadian-shaped birthmark - a thinly veiled metaphor for all the other things she is afraid to show people. Crows and Locusts is a Steinbeckian story of a farming family helplessly witnessing the decimation of their crops through various forms of pestilence, told through the eyes of the young daughter. ?Ice On Her Lashes? is a meditation on the cycle of grief. ?There's that moment when you get a phone call and find out that something life-shattering has happened and you look around and wonder how other people are still going about their daily lives, sitting in traffic or buying milk, when yours has just been changed forever,? Fraser says. ?The song is about how most of us will at some point be somewhere in that cycle. Life goes on and the pain doesn't go away, but becomes liveable.? Other album highlights include the rollicking pub song Orphans, Kingdoms, the high-energy, summery romp Something In The Water, Who Are We Fooling? a duet with Aqualung's Matt Hales, co-written by the two, and the title track Flags, a meditation on injustice.

Fraser wrote the songs in bursts, making writing trips to the Appalachian mountains of North Carolina and Northern California's Bodega Bay before she and her husband decamped from their home in Sydney, Australia, to Los Angeles in February 2010. Once in L.A., Fraser invited a group of local musicians, including guitarists Michael Chaves and David Levita (who played on Albertine), to join her in the studio where they set Fraser's powerful stories to exquisitely textured backdrops of acoustic and electric guitars, bass, drums, piano, strings, horns and wild percussion often played on the body parts of Brooke and the band themselves? creating an earthy, organic feel to the proceedings. The album was engineered and mixed by Joe Zook and produced by Fraser herself.

?I've always written and played my own songs and had my very particular say in the way they sound, and it just began to get to me the way people would ask, ?Who's going to make your next record.'? Fraser says. ?Just this idea of ?What man is going to help you to be a musician?' I'm a good musician and I know what I want. People hire a producer because they like the sound that particular producer can create. I didn't want someone else's sound. I didn't want someone else's idea of my sound. I wanted my sound.?

Fraser's confidence is rooted in a life-long history steeped in music. Her mom discovered her plinking out Do-Re-Mi from The Sound Of Music on the piano when she was two, and made sure her daughter had access to instruments. Fraser grew up in New Zealand's capital city of Wellington, and her earliest musical memory is of watching her great-uncle Athol, ?a one-armed trumpet player,? practice circular breathing on his horn. At seven, she began piano lessons. At 12, she began writing songs after a music teacher asked her class to compose an original tune about Christmas. ?I discovered that I felt at home in the process of creating words and melodies,? she recalls. ?And I've been writing ever since.?

Fraser fell in love with the confessional lyrics and timeless melodies of James Taylor, Carole King, Joni Mitchell and Paula Cole, and eventually began to play the guitar. In 2002, when she was 18, Fraser signed with SONY MUSIC and moved to Auckland where she played regularly at local venues while she wrote the songs that would appear on her debut album, What To Do With Daylight. That album, released in New Zealand in 2003, debuted at No. 1 and achieved gold status the same week. It eventually went eight times platinum, selling more than 120,000 copies in New Zealand alone, and remained in the Top 10 on the album charts for more than a year. The album spawned five Top 20 singles and made Fraser a star in her home country, leading to 2004 tours of Australia and New Zealand with John Mayer and David Bowie.

In 2005, Brooke took a trip to Rwanda, 11 years after a genocide that claimed the lives of nearly one million people. During the journey, she met and befriended a number of Rwandans who entrusted their stories to her, including an orphan named Albertine, the namesake of her second album, which was released in the U.S. in May 2008. After being featured on the iTunes homepage as an ?Editor's Choice? selection, Albertine album climbed to No. 5 on the digital retailer's U.S. album chart. Fraser toured the States that fall, winning over audiences with her dry wit and warm stage presence.

Now she's starting anew with Flags, the title inspired by her writing trips into the more remote parts of the U.S. ?I was traversing these incredible landscapes and wondering at all the people who had worked this land and what their lives were like, how they had come to arrive in and then leave these places. One day this image of a flag popped into my mind and I thought, ?Our lives are like flags - flying for a short while, a stake in the ground, marking our territory,'? she says. ?We fly our colors - our history, belief system, culture, identity ? but eventually our flag will wear out and return to the ground and someone else's flag will replace our own. I feel like that theme weaves its way through my new songs, like Ice On Her Lashes, Crows and Locusts and of course Flags. The characters in these songs were flags, and now we've come to plant our flags in the ground where they once were.?

Flags was released by Wood & Bone Records on October 12th, 2010. The album reached the #1 spot on the New Zealand album chart, #3 in Australia and entered at #59 on the Billboard Top 200 Charts in America. The album has gone Gold in Australia and 3x Platinum in New Zealand. Her first single, Something In The Water, is a hit at radio around the globe.

Brooke's tours in the U.S., New Zealand and Australia in support of Flags have SOLD OUT ? leading to another spring tour of the U.S., as well as a visit to Europe for her first ever tour of the U.K., Ireland, France, Germany and Italy.

Glide Magazine described Flags as ??a wonder. From the stunning lyrical imagery throughout to the impressive guest vocalists who join her (the Cary Brothers, Jon Foreman and Aqualung among them), from Fraser's ethereal and breathy performances to the wide-ranging soundscapes, this record is drenched in beauty and stands as one of the more remarkable achievements of 2010." USA Today called the album ?one of this year's happier surprises,? Venus Zine said ?Sounds Like: Jenny Lewis enjoying a Swell Season,? and Women's Wear Daily dubbed her ?The Kiwi Norah Jones.?

What To Do With Daylight