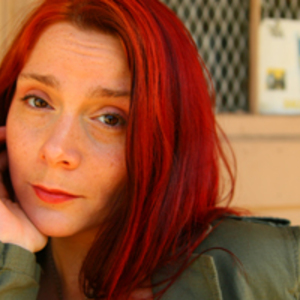 Carolyn Wonderland has the goods. A triple treat with her diverse songwriting, soulful vocals, and guitar goddess status - all featured on over twenty CDs, six of which are her releases - she has a pedigree in this business that's hard to match. A bit of a renegade, she likes to incorporate elements of Blues, Country, Swing, Zydeco, Surf, Gospel, Soul, and some nights, maybe even a Cumbia into the musical mix.

Recent years have seen her stretching out musically working some expert whistling and scat singing into her shows. In addition to her trusty guitar, "Patty," Carolyn has been regularly playing her trumpet, and even occasionally the accordion, mandolin, or keys...she is threatening to take up nose flute if someone doesn't stop her...

Wonderland's songs have been featured on NBC's "Homicide," Fox's "Time of Your Life," & Houston NORML even made a video PSA set to Carolyn's "Annie's Scarlet Letter." She has toured with acts like Buddy Guy and Johnny Winter, sat-in with String Cheese Incident, Robert Earl Keen, and Los Lobos, and even sang the "National Anthem" at Sturgis Bike Week 2003 -- her 10th anniversary playing Sturgis -- before Robbie Kneivel's record-breaking jump over one hundred Harleys. Recently, she was a panelist at the University of Texas LBJ Library's "Instruments of Freedom" Forum with Kinky Friedman, Marcia Ball, Jerry Jeff Walker and others. She's been lucky enough to jam with mentors and friends like Bob Dylan, Eddy Shaver and Ray Benson. She's co-written songs with Cindy Cashdollar, Candye Kane, Sarah Brown and Guy Forsyth.

How lucky can one girl get? Well, with a lot of hard work, just this lucky. In her words, "I still get to play most every night, so the adventure continues. Every musical interlude is a new page, another chance to jump into the Ether." Originally from Houston, a city where she has won awards in The Houston Press for everything from Best Guitarist, Vocalist, Songwriter, Blues, to Release of the Year and Musician of the Year -- virtually sweeping the awards for 5 years from the time she was a teenager. Now residing in Austin, Ms. Wonderland says, "I moved to the land of free guitar lessons!"

In addition to leading her band, Carolyn is also in a few other notable groups. She's the primary singer on the Jerry Lightfoot's Band of Wonder "Texistentialism" CD with Jerry and Vince Welnick (Grateful Dead, Tubes.) She's a founding member of the Loose Affiliation of Saints and Sinners (with Papa Mali, Eldridge Goins, Guy Forsyth, and others), with several of her songs being featured on their "Sessions from the Hotel San Jose Rm. 50" CD. Carolyn is also the guitarist in the all-girl, southern rock band Sis DeVille, and a founding member of the Austin Volunteer Orchestra. When she's not playing music or driving around the country, she volunteers for the non-profit charity, Instruments for Orphans, serving on the board of directors. Frequently, you can also catch her doing Gospel Brunch at Maria's Taco X-Press with the Imperial Golden Crown Harmonizers on Sundays, raising money for local charities.

Her first love is her band, and with good reason. Years of touring are evident in both the maturity of the songs and the tightness of the grooves on 2003's "Bloodless Revolution." Not one to rest on her laurels, Carolyn is back in the studio working with Ray Benson on lucky CD number 7. You can preview some of the new songs at one of the many live shows on her perpetual tour.

Bursting With Flavor (With The Imperial Monkeys)

Play With Matches (With The Imperial Monkeys)