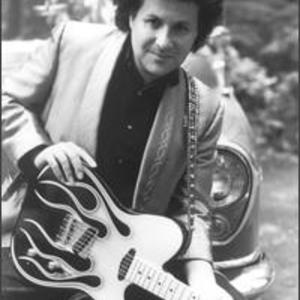 * Arlen Roth One of "The Top 100 Influential Guitarists of the Century" - Vintage Guitar Magazine.
* Innovator across musical genres, from Acoustic Styles to Electric Rock, Blues, Slide Guitar and Country.
* Acclaimed Solo Artist, Sideman, Bandleader, Studio Musician, Songwriter and Record Producer.
* 35-year Career Touring and Recording with Top Performers.
* Respected Author, Columnist, and Master Guitar Authority, All Genres, All Playing Styles.
* Inspiration behind creation of "Arlen Roth" brand name guitars, each one a distinct and distinguished model, currently manufactured by three companies.
* Revolutionized Music Instruction and Learning Resources, Through Hot Licks Video and His Many Books.
* Recognized as Having Taught and Influenced More Guitarists Worldwide than Anyone in History.

Known as "The Master of the Telecaster," music lovers consider Arlen Roth "the guitarist's guitarist," a brilliant musician, but that's only one aspect of his remarkable 35-year career. He is a highly regarded authority concerning "all things guitar," from writing about guitar playing, to being the inspiration behind their creation, due to his fluent mastery, and rare ability to seamlessly cross over musical genres and playing styles.

His legendary guitar prowess crosses all genres, all styles, and all types of guitar playing, including one of his specialties, slide guitar. He fluidly moves from folk and blues to country tunes, and has played some of the most resounding rock ever recorded. He is as comfortable playing an acoustic ballad, (his acoustic version of Layla has been critically acclaimed as being better than Eric Clapton's version) as he is launching into the most powerful version of "When a Man Loves a Woman" ever recorded, which Guitar Player magazine called "likely the most intense workout ever recorded on a Telecaster."

His music and endless creativity seem to flow directly from him and through him, and no matter which guitar or style he is playing at any moment, there is an unmistakable combination of clarity, depth, and fluidity, exemplified by the song from which his current release takes its name, Landscape. This (12-track) recording showcases his hallmark genius, his ability to take any note, any nuance, any tool, anything he's ever heard, and somehow make it uniquely his own.

Since his remarkable range of talent defies distinct categorization, the best in the business call upon him when they want the best-- studio musician, sideman, songwriter, author, teacher, bandleader, film consultant, or to go on tour. He also produces his own, and other artists' music.

Every step of the way, since his first solo recording in 1978, Arlen Roth has received accolades and earned the highest acclaim. Vintage Guitar magazine ranked him One of the Top 100 Influential Guitarists of the Century, and he's also on their list for having performed one of The Top 10 Greatest Recorded Guitar Sounds. He recently was a contributing artist on Guitar Harvest , a compilation release featuring world-class guitarists, voted one of the Top Ten All-Time Best Guitar Recordings by Rolling Stone magazine.

His first of eight solo releases, Arlen Roth: Guitarist, won the Critics Award for "Best Instrumental Album" at Montreaux in 1978. Hot Pickups was No. 2 on the U.K. charts in 1979. His Toolin' Around CD (1993) has become a hard-to-find classic, and is being re-released in 2005 due to ongoing demand. On Toolin' Around , Arlen plays duets with legends such as Danny Gatton, Brian Setzer, Albert Lee, Duane Eddy, Duke Robillard, Jerry Douglas, and Sam Bush, as well as several solo pieces. A big bonus for fans is The Making of Toolin' Around, a film (recorded on DVD) available for the first time. He also contributed to Incarnation, a tribute to legendary blues man Robert Johnson , and performed on two recent Jimi Hendrix tribute CDs.