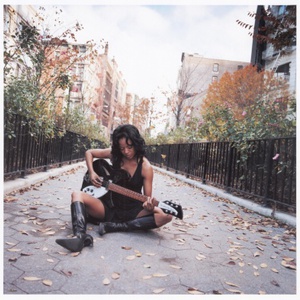 Daniela Cotton is a U.S. alternative-rock artist. Danielia loved rock from early on: as a little girl in rural Hopewell, New Jersey (truly a "small white town"), she escaped into her backyard, with a branch for a microphone, and belted it out to the trees. Her love of rock crystallized a few years later, the moment she wrapped her hands around her first electric guitar, a Fender Tele, and she taught herself to play. "An electric guitar can sound painful," she says. "It can sound bright. Playing it is like putting on makeup for the first time: you start to live in a different world."

So who is Danielia? Growing up as one of only seven black kids in Hopewell Valley High School, she was not exposed to R&B and hip-hop. "I liked AC/DC, Judas Priest, Todd Rundgren," she remembers. She is the product of all kinds of musical influences. Raised by her mother, a gifted jazz singer, Danielia never knew her father. She often heard her mother and two aunts sing as a trio at church. Along with her growing love for rock, Danielia developed a warm appreciation for jazz and gospel.

Feeling like an outsider in her small town drove Danielia closer to rock and roll, at first as a listener, but soon afterwards as someone who dreamed of creating music. Danielia began to learn how to strum chords on an acoustic guitar and started to write her first songs. The time had come to step out of that back yard.
Daniela released her debut album "Small White Town" in 2005.