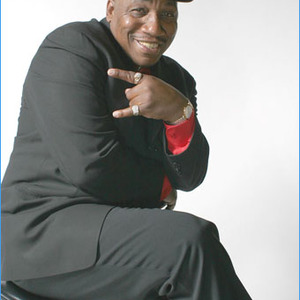 John Lee Hooker Jr. was born in Detroit "Motor" City with Delta blues-filled blood running through his Motown veins. The son of the great John Lee Hooker, he was exposed the life of the blues from a young age. At only eight years old Jr. performed on Detroit's WJBK radio and knew from that moment that he wanted to follow the path of his father and become a world-class musician. Touring alongside Hooker, Sr. throughout his teens, Jr. had already performed in prestigious venues such as Detroit's Fox Theatre with acclaimed musicians like Jimmy Reed by the time he was 16.

In 1972, an eighteen year-old John Jr. was singing vocals alongside his father for the recording of Hooker, Sr.'s album Live at Soledad Prison (ABC Records).

Unfortunately, while living the "life of a bluesman" he succumbed to the demons that surround it, derailing his musical career for many, many years. Drugs, alcohol, divorce, incarceration, and death nearly brought his once promising career to a screeching halt, but it was living the blues and his faith in the Almighty that resurrected Jr. Hooker. With the support of his family and friends, and a crew of talented musicians who never ceased to believe in him, Jr. Hooker finally found his own inner muse, making music that expresses the depth of emotion he has experienced in his personal life.

All Odds Against Me

Blues With A Vengeance