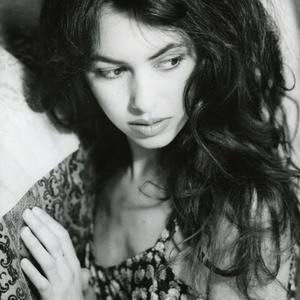 Susanna Lee Hoffs (born January 17, 1959) is a vocalist & rhythm guitarist for The Bangles. She has also released five albums as a solo artist, two in collaboration with Matthew Sweet. The Picture Me Songfacts states that her most recent one, Someday, was released via Vanguard Records on July 17, 2012. The 1960s-influenced set was co-written with Nashville musician Andrew Brassell and produced by Mitchell Froom. Early life

Hoffs was born in Newport Beach, California to a Jewish family. Her mother was a fan of The Beatles and played their records for Hoffs when she was a child. She began playing the guitar in her teens and hooked up with Vicki Peterson and Debbi Peterson, who needed a singer for their band, which would later become The Bangles. Susanna attended Palisades High School in Pacific Palisades, Los Angeles. In 1980, she graduated from University of California, Berkeley with a BA in Art.

The Bangles released their first album All Over The Place in 1984, but their major breakthrough album was Different Light in 1986, with the hit singles "Manic Monday" and "Walk Like an Egyptian." Her fame rising, Susanna starred in the movie The Allnighter in 1987. It was directed by her mother Tamar Simon Hoffs and also featured Joan Cusack and Pam Grier. She also made the covers of many magazines, and the Rickenbacker guitar company issued a Susanna Hoffs model, which she still plays during gigs. Although the Bangles did not have a set lead vocalist, and the girls alternated on singing, Susanna was perceived by many casual fans to be the main vocalist. She also received by far the most media attention, which led to tensions within the band. The Bangles released their very successful third album Everything in 1988, with their biggest selling single "Eternal Flame." But the breakup was inevitable, and they disbanded in 1989.

Susanna released a solo album When You're a Boy in 1991, which didn't sell very well (although it did spawn a US Top 40 hit with "My Side of the Bed"). In 1993, she married Jay Roach, later the director of the Austin Powers movies and Meet the Parents and producer of The Hitchhiker's Guide to the Galaxy. They have two sons, born in 1995 and 1998.

In 1996, Susanna released her second solo album Susanna Hoffs, this time with more personal lyrics and a more mature sound. Although it received some praise in the press (and yielded a minor US hit with the single "All I Want"), it didn't sell well either. Susanna also recorded another album during 1993/1994, prior to leaving Columbia records. So far it remains unreleased, though substandard bootleg copies have been circulating for years. Susanna also records demos prolifically, and these also sometimes surface on the internet. The best known of these is probably the song "Pride," which can be legally downloaded at Bill Bonk's website.

Hoffs appears in the first Austin Powers movie as a member of the fictitious 1960s rock group Ming Tea, fronted by the title character. In real-life, Ming Tea consisted of actor Mike Myers, Hoffs, Canadian musician/producer Christopher Ward, and singer Matthew Sweet. This group made a number of TV performances (with Myers in character as Powers) and had a minor hit with the song "BBC." Hoffs returned with the group in the second and third Austin Powers films.

In the late 1990s, Susanna started to contact the other members of the Bangles again. They recorded the single "Get the Girl" for the second Austin Powers movie in 1999. Playing together and enjoying themselves, they announced their decision to reunite in 2000. Their fourth album, called Doll Revolution, was released in 2003, followed by a tour.
Cover of Under the Covers, Vol. 1

In 2006, Susanna teamed up with fellow Ming Tea rocker, Matthew Sweet, under the name Sid 'n' Susie to record 15 covers on an album appropriately called Under the Covers, Vol. 1. The Album was released in April of 2006 and they appeared on July 18th on Late Night with Conan O'Brien to promote the album and tour.

When You're A Boy