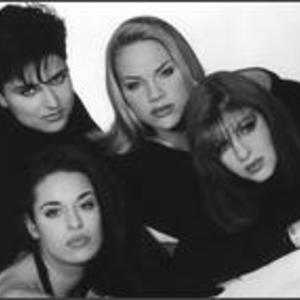 Boy Krazy was a New York City girl group that saw brief fame in 1993 as a one-hit wonder. Their signature dance-pop song That's What Love Can Do, created by British music producers Stock Aitken Waterman and recorded in 1991, bubbled under for two years before getting significant airplay. Boy Krazy featured female singers Kimberly Blake, Josselyne Jones, Johnna Lee Cummings, and Ruth Ann Roberts (a former Miss Junior America). At first there were five members, only to be paired down to four after "That's What Love Can Do" was released.

They had several singles from the album "Boy Krazy" - including "All You Have To Do", "One Thing Leads to Another" and "Good Times With Bad Boys" - but none of them found significant chart success. "That's What Love Can Do" was also unsuccessful in the UK, but due to its success in gay clubs across America and substantial airplay on radio stations it became a hit in the US reaching the Billboard Hot 100 Top 10. In the liners from their self titled album the group credited KQKS/Denver, Colorado for breaking the latter after one of the staffers played a radio-issued remixed version of the track in December 1992.

Today Roberts is well known in the wrestling community - Ruth is now known as Rue DeBona and co-hosted WWE's 'WWE Afterburn' prior to her release. Cummings pursued a solo career, but it was unsuccessful. Josselyne is now a successful producer and agent.