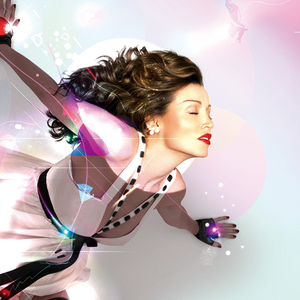 Dannii Minogue (born October 20, 1971, Melbourne, Australia) first tasted fame on the Oz TV show 'Young Talent Time' as well as playing the role of Emma in 'Home & Away'. In 1990, her debut single, Love & Kisses made the top ten in Australia, and in the UK in 1991. She has since achieved a record thirteen consecutive #1 UK Club hits. Dannii first broke out of her sister's shadow in 1997 with the album Girl.

Dannii first broke out of her sister's shadow in 1997 with the album Girl. Whilst Kylie Minogue was experimenting with dark lyrics, indie collaborations and moody images (Impossible Princess), Dannii went out and out for the dancefloor with the huge hit All I Wanna Do. Unfortunately, the album that it was from only reached No. 57. However, Dannii herself has said, "This was a big turning point for me. It has led me on to the album Neon Nights and my collaborations with many club DJs and remixers".

2001 was a success for Dannii, when her vocals were part of Riva's Who Do You Love Now?, which laid the foundations for her fourth album Neon Nights released in March 2003.

Moving to London Records, Dannii made more credible dance tracks including I Begin To Wonder and Put the Needle on It. In 2003, Dannii released her fourth album, Neon Nights. It was a surprise chart success, reaching no.8 in the UK charts and eventually achieving gold status, selling over 100,000 copies. The album also made gold certification in Australia. Dannii also teamed up with chill-out Ibiza stars Afterlife for a collaboration on their Speck Of Gold album. Dannii's star was beginning to shine in its own right.

In 2004, after a top 10 album and four top 10 singles, Dannii moved to All Around The World Records. Her first single for AATW was You Won't Forget About Me, which saw Dannii's vocals layered on top of the instrumental hit Flower Power and landed at no.7 in the UK charts, making it Dannii's fifth consecutive top 10 hit. You Won't Forget About Me was followed up in 2005 by Perfection, on which Dannii teamed up with the Soul Seekerz, which narrowly missed out on the top 10 in the UK, peaking at no.11. In 2006, she returned with So Under Pressure and her Greatest Hits album The Hits & Beyond.

Dannii has been a judge on British television channel ITV's The X Factor since 2007 alongside Simon Cowell, Cheryl Cole and Louis Walsh.

In November 2007, Girl and Neon Nights were re-released with bonus discs, with a new studio album Club Disco and compilation album Unleashed appearing within the following weeks. A stand alone single Touch Me Like That was released in December 2007. It was later included on the re-release of Club Disco released in Australia in the spring 2008.

The Hits And Beyond

So Under Pressure (MCD)

The Hits & Beyond: Remixed