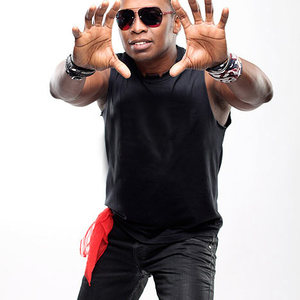 Haddaway (born Alexander Nestor Haddaway on January 9, 1965 in Trinidad) is a Eurodance/House musician. Born into a local family, his mother was a local nurse, and his father, a Dutch oceanographer. He completed a doctorate in political science and history from George Washington University in Washington DC, before moving to Cologne, Germany, in 1989. He presently lives in Kitzb?hel, Austria. Haddaway's biggest hit, "What Is Love," became very popular across Europe (reaching #2 in the UK), North America and Australia after its 1993 release.

Haddaway's biggest hit, "What Is Love," became very popular across Europe (reaching #2 in the UK), North America and Australia after its 1993 release. Follow-up single "Life" was a big U.S. and European dance hit. His debut album spawned two more European hit singles: "I Miss You" and "Rock My Heart." His 1995 album included two minor hits, but his later releases went by largely unnoticed.

"What Is Love" has been re-mixed and re-released dozens of times. The track had a resurrection in popularity following a prominent role in a Saturday Night Live skit, which later became the 1998 film A Night at the Roxbury.

In July 2005, he released a new single called "Spaceman" and album called Pop Splits in Germany where he has a very strong following of fans.

What Is Love (CDS)

All The Best: His Greatest Hits

Let's Do It Now