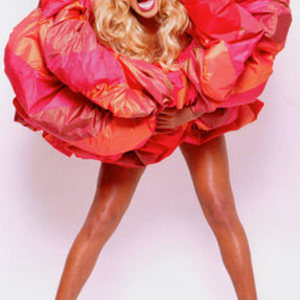 RuPaul (born RuPaul Andre Charles on 17 November 1960) is an American drag performer singer-songwriter, actor and television personality who gained world-wide fame in the 1990s; appearing in a wide variety of television programs, films, and musical albums. Though a catty attitude is often associated with drag queens, RuPaul intentionally set himself apart with a "love one another" attitude. Although primarily known for his extravagant drag queen persona, his has performed as a man in a number of roles, usually billed as RuPaul Charles.

He also has a show called RuPaul's Drag Race.

You're A Winner, Baby