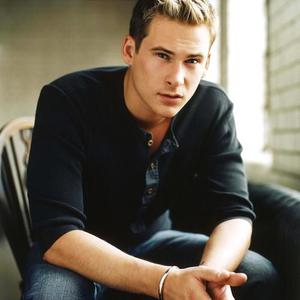 Lee Ryan is a member of the band Blue (2001-2005, and 2009-present), and a solo artist. Like George Michael's departure from Wham!, or Robbie Williams's rise from the ashes of Take That, Lee's move into solo territory was hoped to bring him similar success. In Blue he was Tabloid Boy, or as he says, ?the wild one who was always getting into trouble. I had about 10 girls selling their stories on me. I didn't care, as long as they get a new pair of shoes out of it then why should I be upset.?

In Blue he was Tabloid Boy, or as he says, ?the wild one who was always getting into trouble. I had about 10 girls selling their stories on me. I didn't care, as long as they get a new pair of shoes out of it then why should I be upset.?

Adjusting to going it alone, Lee's new solo material is soulful contemporary adult pop often dealing with emotionally intimate issues. The debut single Army of Lovers is a good example of the stripped-back sound of his first album. Having written some of Blue's key material ? one of Blue's biggest International hits, ?Breathe Easy?, was one of Lee's contributions ? songwriting is still a big a part of Lee's focus. He continues to try and develop his writing, actively seeking out other people to help him learn his craft. ?I've worked with a huge range of ranging from Mario's producer Neo to up and coming British songwriters like Nigel Hoyle, who wrote Army Of Lovers,? says Lee.
Elton John has remained a close mentor to Ryan during his move to solo artist. Having learned of his solo ambitions, designers D&G have also signed Lee up as the one of their next generation of ambassadors for their brand.

Lee's early life did not provide the road straight to stardom. His mother brought him up alone in tough Chatham. ?We had nothing. But because I was dyslexic and a wild kid she thought "I'll take him to drama school". She thought it would help me concentrate, and it actually helped me a lot. I got a lot of energy out of it. My mum worked her bollocks off.? Towards the end of his sojourns at various drama schools, including Italia Conti, the Bright Lights Academy and Sylvia Young, and with a diagnosis of dyslexia and ADD, one of the schools insisted he take the hyperactivity drug, Ritalin, to help him concentrate through his GCSEs. His mother looked into the drug, realised it was an amphetamine, and refused to let them put him on it...so Lee Ryan moved onto another drama school.

He now says his experiences growing up help him feel strong enough to avoid some of the pitfalls that are common to young artists. Growing up in a neighbourhood struggling against drug and crime problems mean that his good friend Elton John's concerns about Doherty style drug problems are unlikely to beset Ryan.